Former TRINITY LIGHT VESSEL 55, now renamed the ‘John Sebastian’ in honour of Bristol’s famous explorers, is moored in Bathurst Basin in the centre of Bristol and has her own postal address, namely: “The John Sebastian, Bathurst Basin, Bristol BS1 4RL”. She is now the home to the Cabot Cruising Club who have produced an interesting history document covering her past service. However, there are some specific details that will be of interest to radio hams: 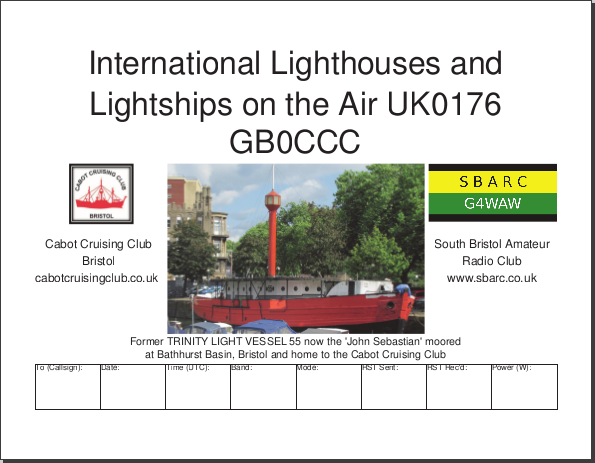 Equipment wise, not a lot has changed from previous outings: 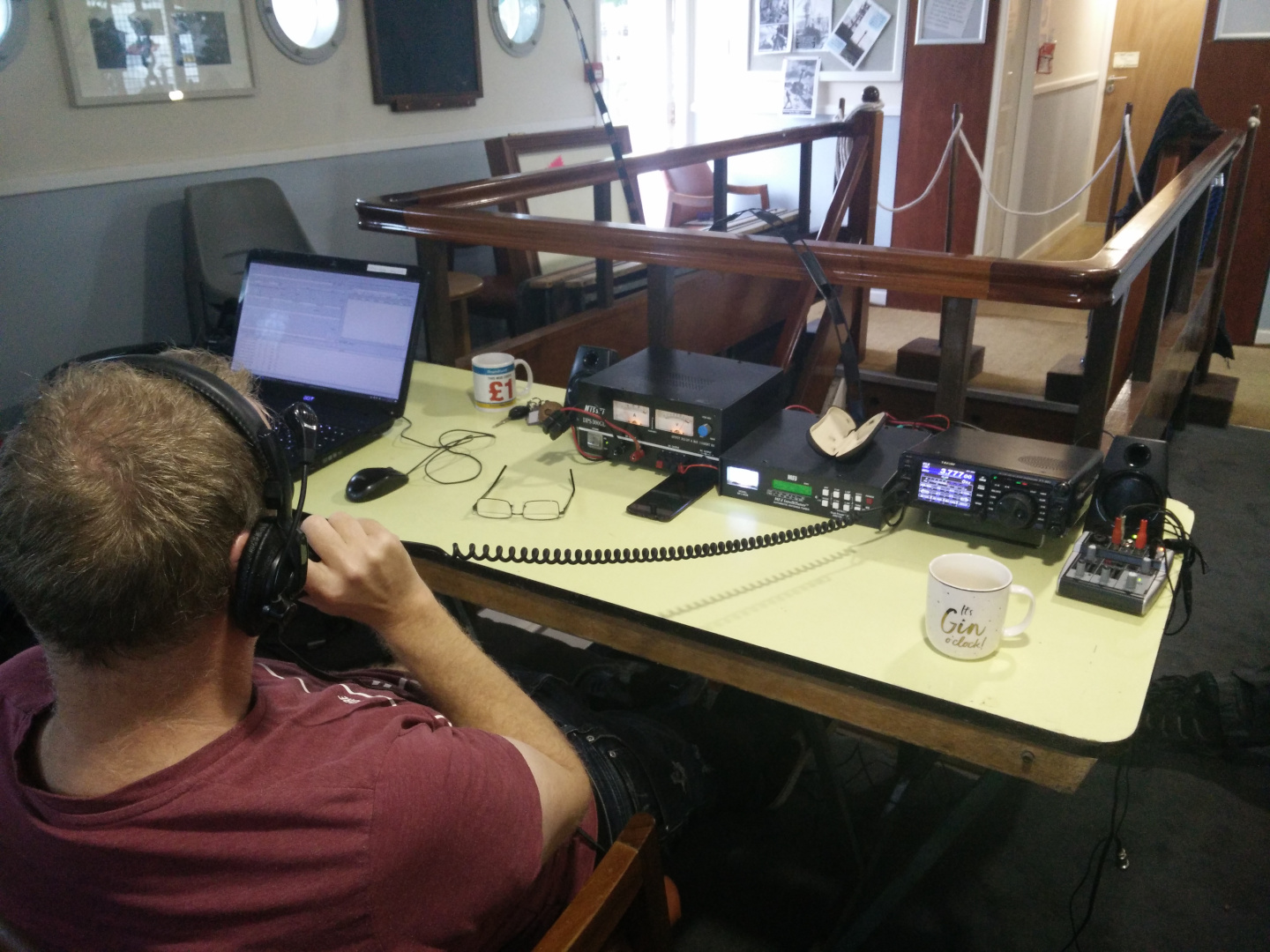 The purpose of the mixer is to isolate the person operating the transceiver from the surrounding discussions. We have found over the course of many Special Event operations that as soon as a few people gather around the radio and hold a discussion or have the set-up and operation explained to them that the person operating the radio can no longer concentrate on the QSO or struggles to hear weak signals over the local chatter in the operating post.

Whilst a pair of headphones allows the operator to be isolated from the surrounding conversation should this prove necessary it also removes one side of the QSO from the observer and, significantly, requires the person logging to also wear headphones or rely on scribbled notes from the person operating. Either situation is undesirable particularly when the onlookers can’t hear half of the exchange. The mixer allows the transceivers headphone output to be fed into the mixer and a separate headphone feed to be sent to the operator with a master output going to the powered speakers. Both have separate volume controls and now the operator can, when necessary, isolate themselves from the surrounding environment but those in the surrounding environment, especially the person logging, can still hear the incoming signals. We use a similar arrangement on Field Day but in this case when two separate operating posts are in close proximity both outputs are fed to separate headphones for the operator and the logger.

The weather forecast wasn’t looking great on the lead-up to the ILLW weekend, however the forecast of Friday suggested that the predicted heavy rain would arrive in the west country overnight and move eastward so that by the time we were expecting to setup on Saturday morning we should, at worst, only experience the tail end of the rainfall.

Wrong! The anticipated heavy rain arrived in the morning, possibly around 06:00 and continued with periods of apocalyptic intensities right through our set-up. For those of us setting up the indoor station this wasn’t so terrible, however both Mark M0SKV and Joe 2E0EIC braved the heaviest of the rain to get the 80m doublet in position getting seriously soaked in the process. So much so that Mark suggested we should go on line and apply for a new SES Callsign of GB0SSS (soggy soggy soggy or triple soggy) instead of GB0CCC (Cabot Cruising Club)! Kudos to both gentlemen for their dedication to the cause.

It is hoped that Sunday will be drier but as this section is being composed around 19:00 BST on Saturday 21 August 2021 the heavens have once again opened so we might very well have to operate from within the cabin on Sunday rather than returning to our usual external operating position.

We were graced with a number of members throughout the Saturday, in no particular order: 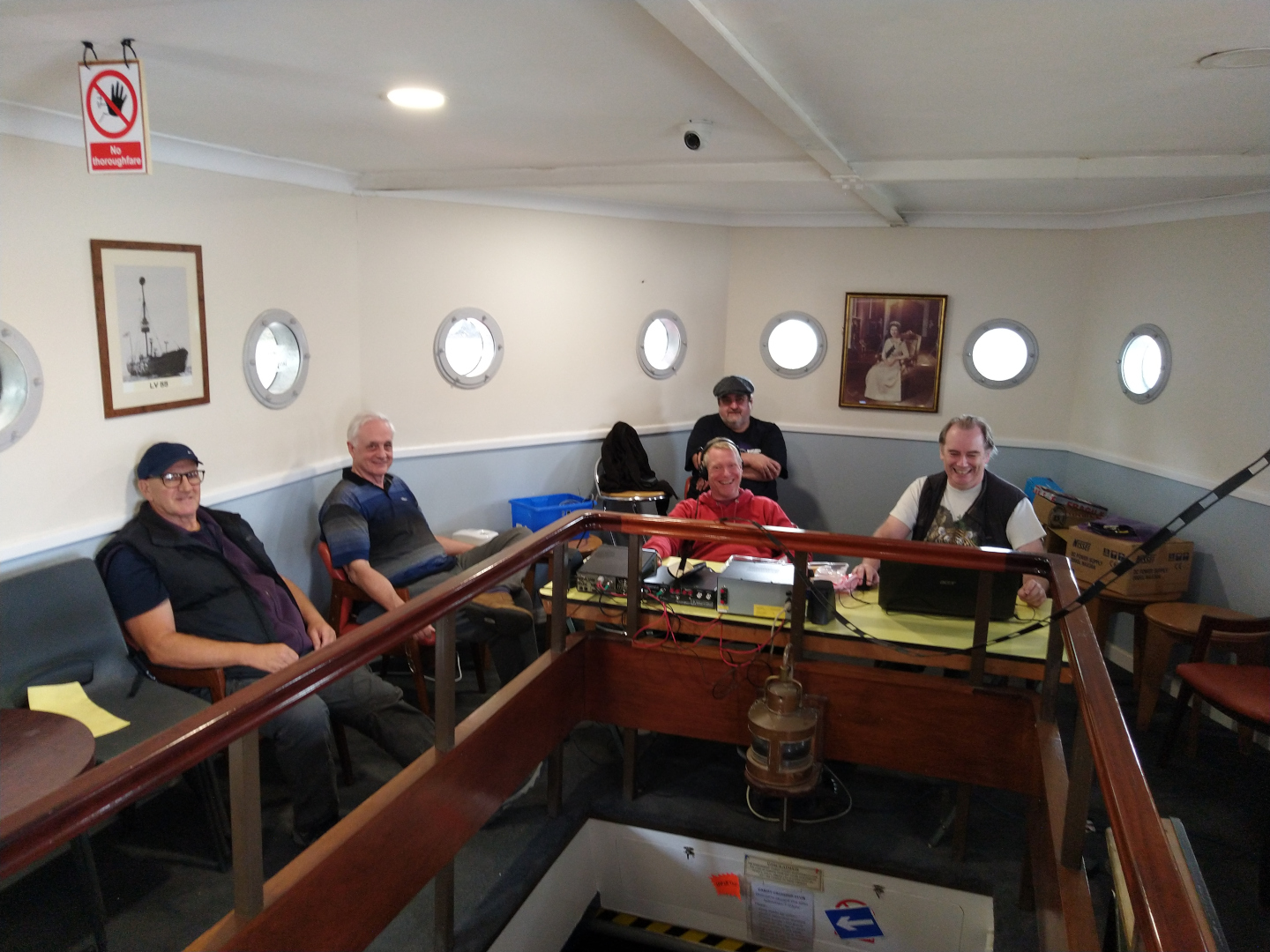 We also managed to work club members: Eddie M0LJT and Ray G3IOI on ground wave during the morning. We made 55 contacts on the Saturday on a mix of 80m, 40m and 20m. We did experiment with a couple of other bands such as 10m and 17m but these were not favouring us with propagation, were sparsely populated or weren’t very efficient with our antenna. As well as the usual inter-G traffic we also worked into Europe and made a couple of contacts into the USA.

Sunday did indeed see finer weather and we gambled on setting up in our regular external location on the stern of the boat. Although the weather was really conducive to outdoor “al fresco” dining some aspects didn’t work as well as they had indoors yesterday. Amongst these were the following:

Despite the good weather we decided not to reverse our decision to move indoors and eschewed life in the open air and “al fresco” operating in general and continued to operate from the upper saloon.

On Sunday some of the Saturday Team returned and we were joined by some who were unable to attend on the Saturday, in no particular order on site were: 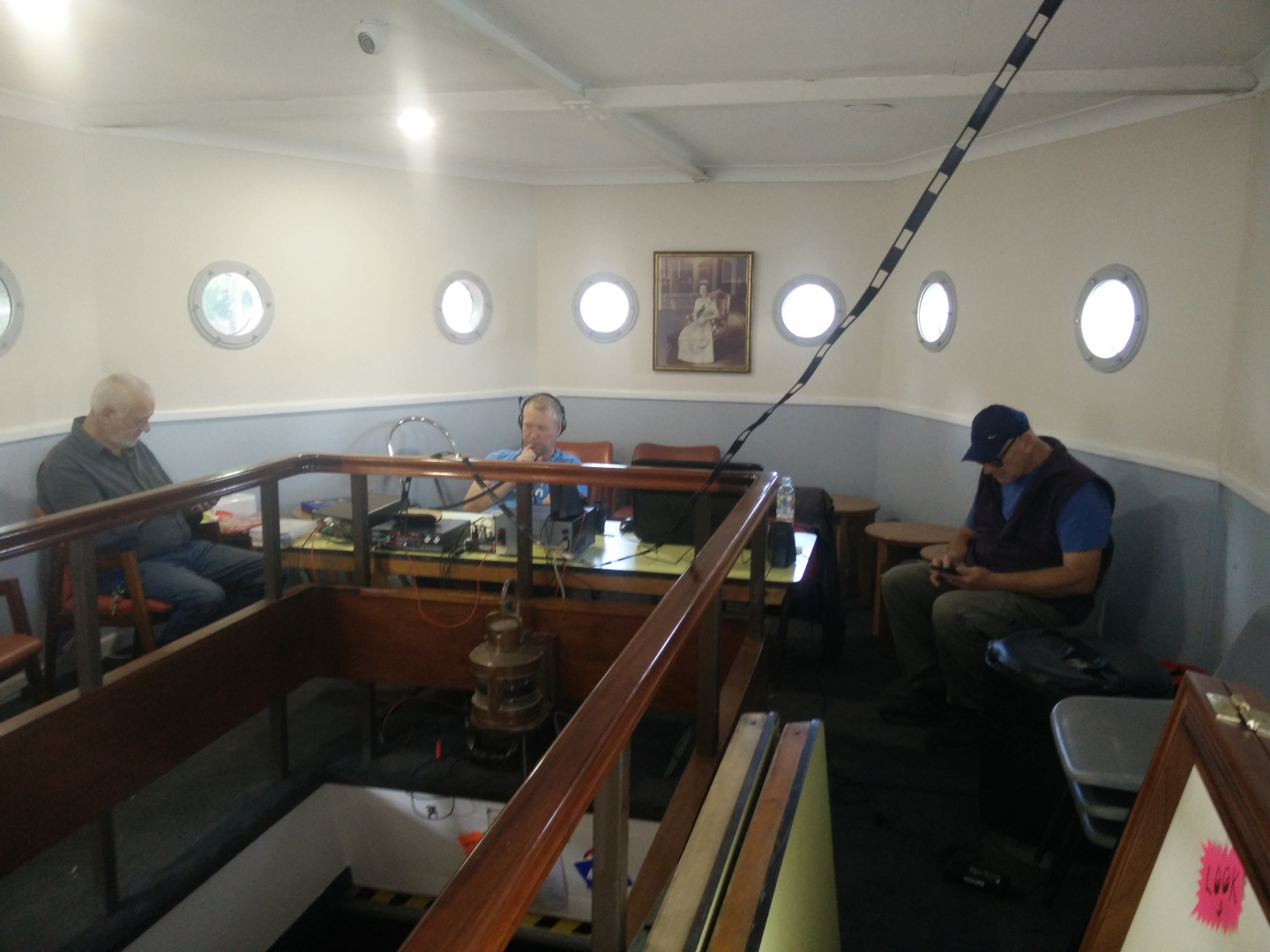 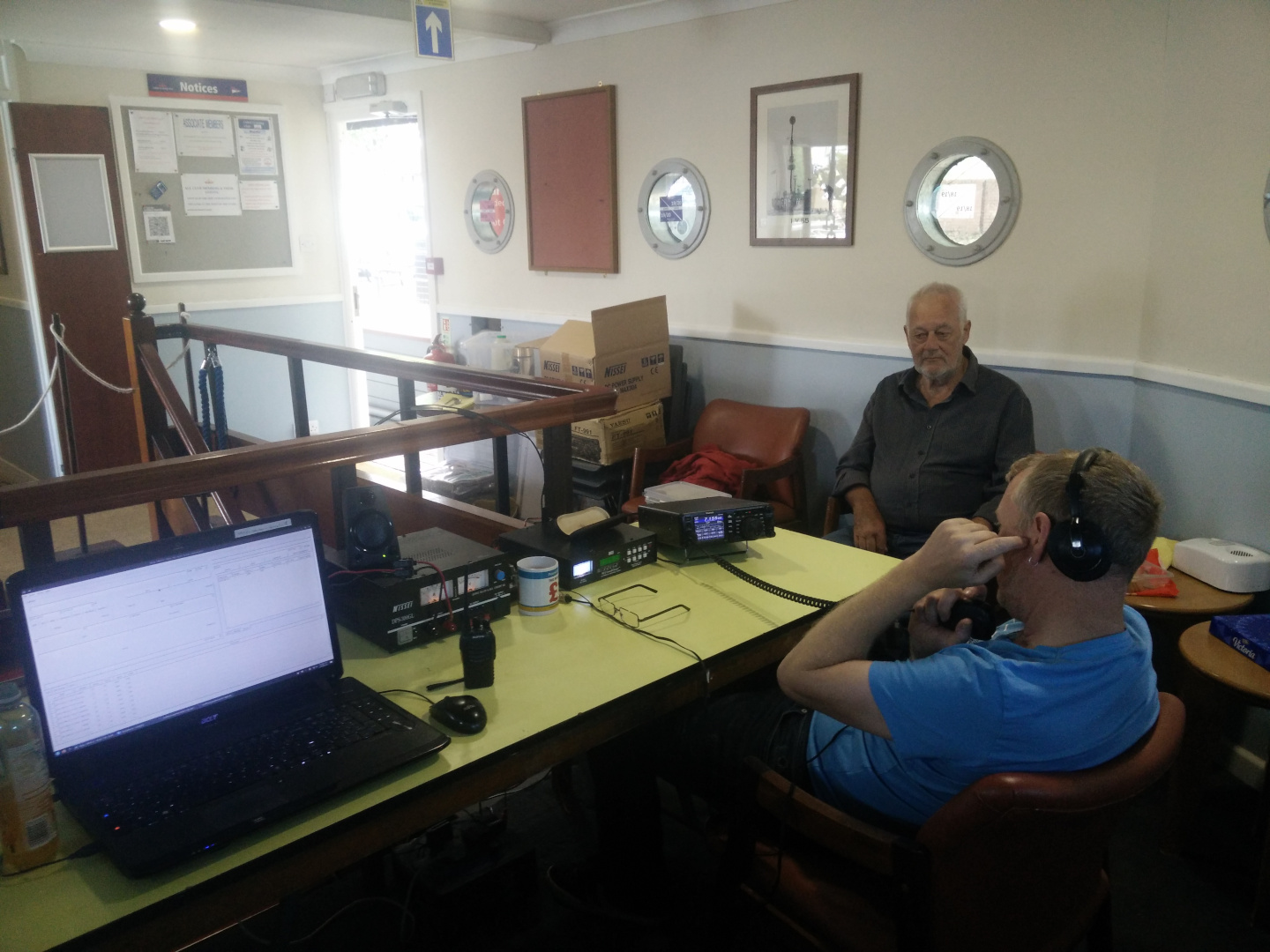