Winners of the Terry Dunsford and Jean Fletcher Awards

At the Christmas Social the Club makes up to 4 award presentation to members for their activities during the year.

This year the Terry Dunsford and Jean Fletcher Awards were presented.

The Terry Dunsford Award is presented to the member who has completed the best or most suitable "homebrew" construction. The award is judged by the Technical Officer who takes into account the complexity, the members experience and the suitability of the project. 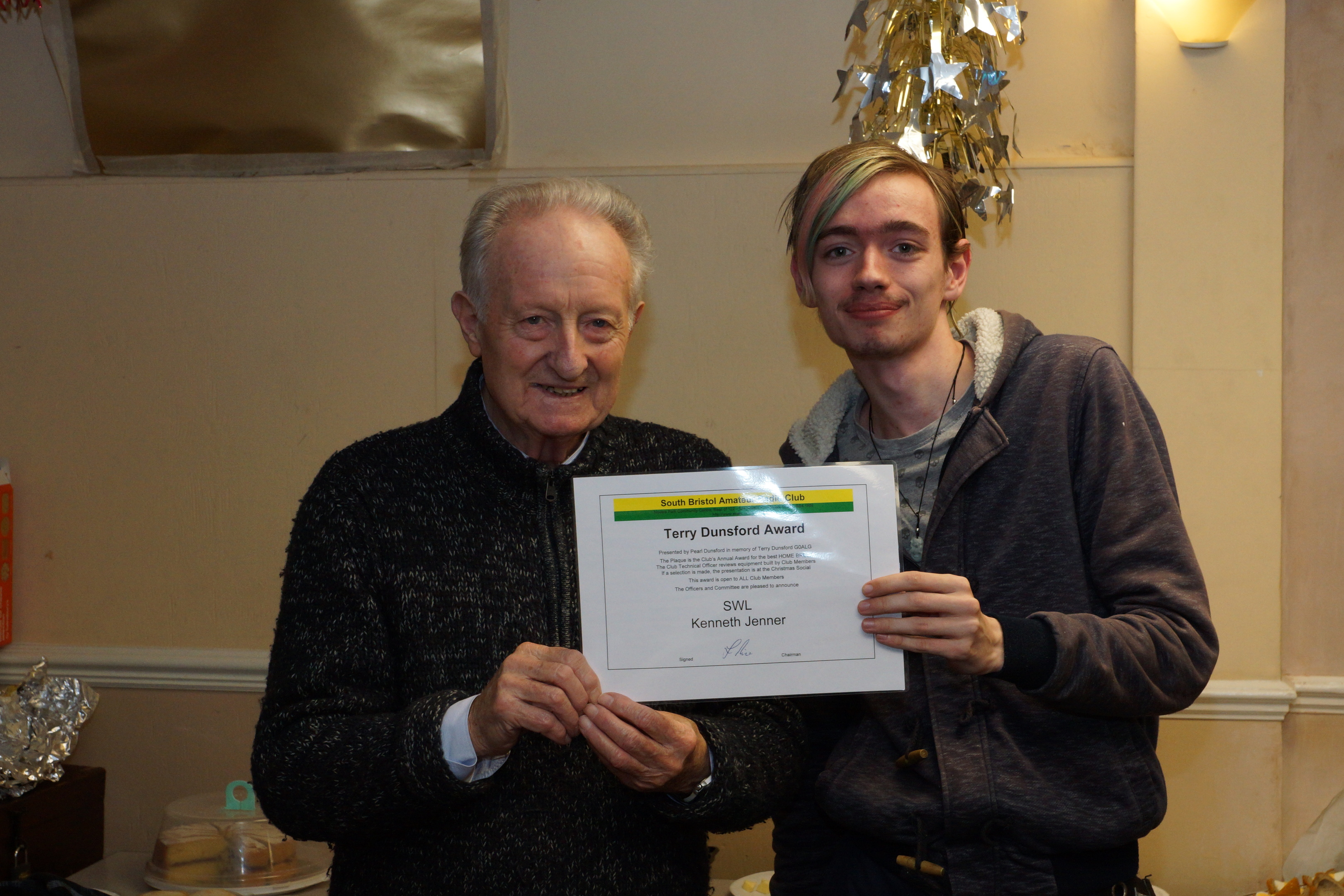 This year the award went to Ken (SWL) who built his first construction, a "Redruth" receiver that he built at a buildathon at Hamfest 2018.

The Jean Fletcher Award is presented to the member who in the opinion of the Committee has provided the greatest level of support to the Club and the Club activities. 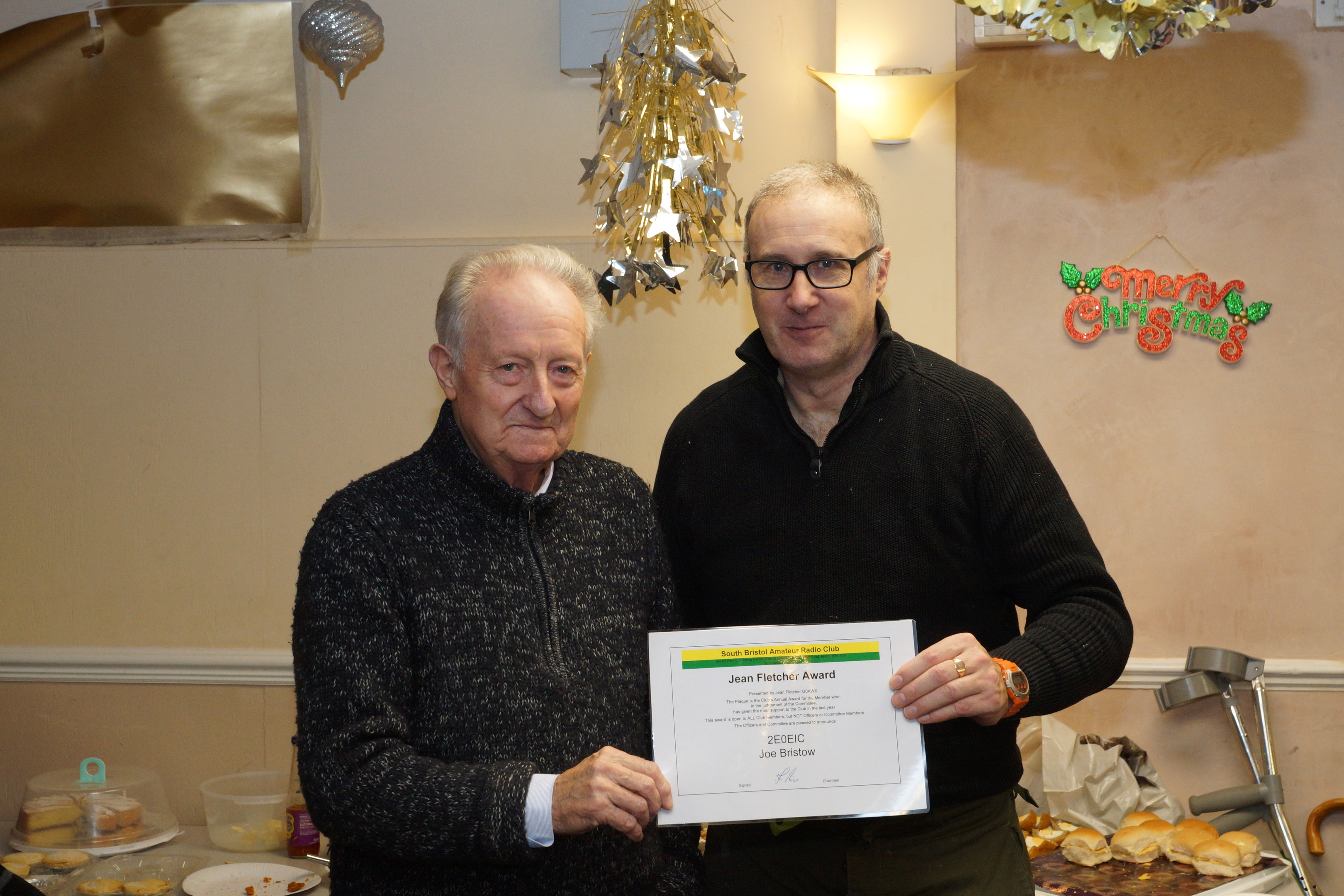 This year the award went to Joe 2E0EIC who took part in Special Events throughout the year and operated in Field Day.