The weather was fine, and plans were in place for this years onslaught on the Low Power 144MHz class for Field Day. This year we were gifted with the loan of a trailer mounted mast so with something new to play with excitement levels were at an all time high. 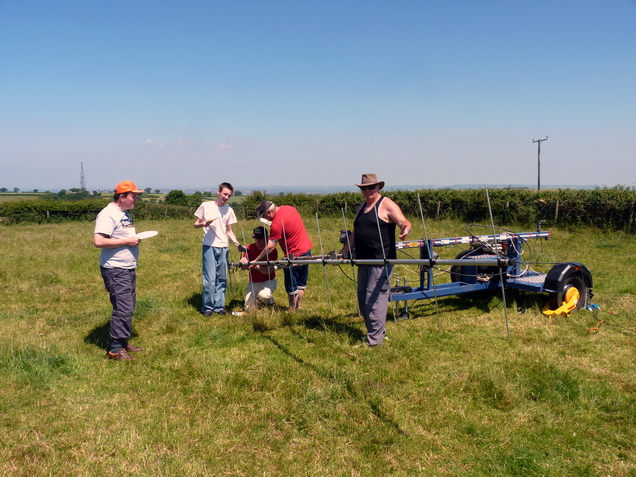 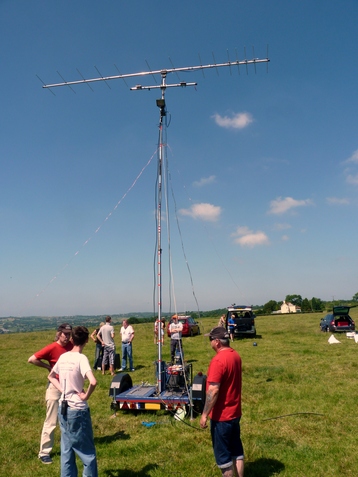 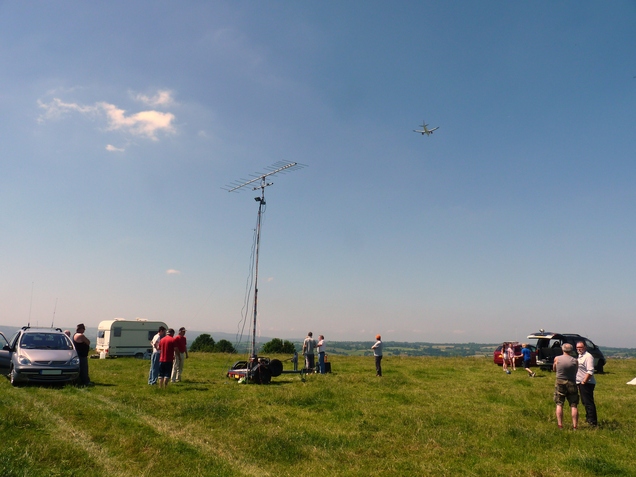 The trailer had been designed and constructed by Steve M6LWR and it really is a fine piece of kit and even includes a generator. What more can we want? With the trailer and beam up, we even added an HF antenna in case we got bored, it was time to fire everything up and wait for the start of the contest. 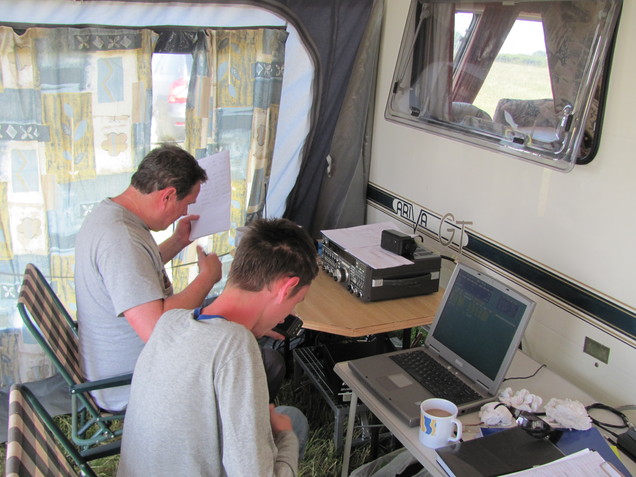 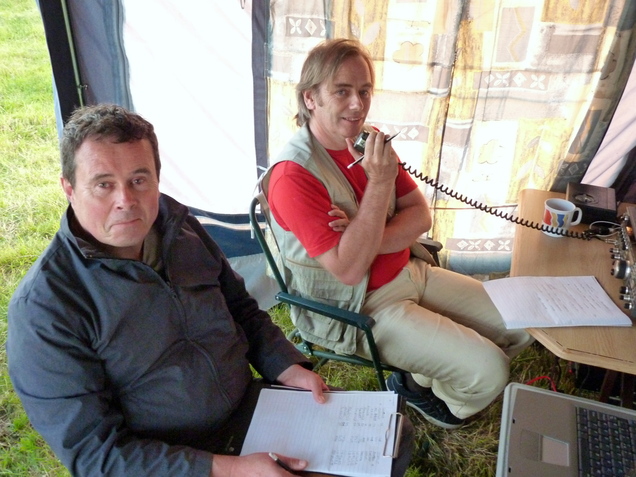 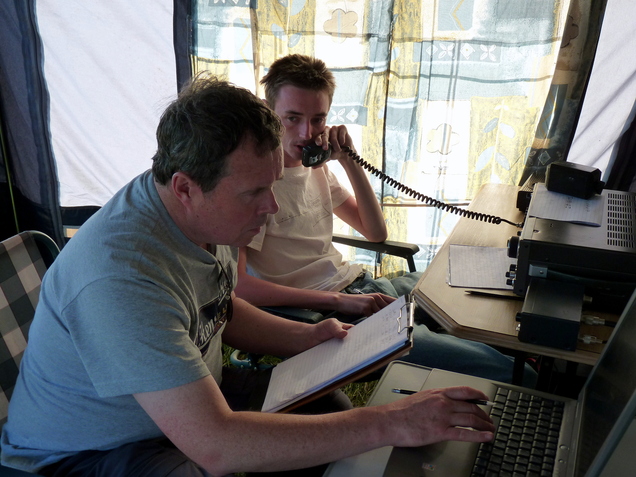 Things got off to a good start, to accompany the good weather and good turn out we cracked 500km within 44 minutes with a PA station. TM7G in southern France gave us over 900km which we expected to be our best DX of the weekend, but we were to be surprised as this weekend turned out to be different to almost anything we’d experienced in recent years, perhaps as compensation for having to abandon last year, as European stations seemed to be available in good numbers this year, with a number of French stations at 500km and further on the first day.

Just after 22:00 we cracked 1000km with a QSO into Spain, this was to be our best DX for the weekend, although a Danish contact on Sunday morning ran it close and added a new country to the log to boot.

Normally we expect to shut down around 23:00 – 00:00, this year we still on air at 01:00 local on Sunday morning as the Europeans were still there to be worked. The late finish on Sunday morning gave us all a lie in before a return to operations. Interestingly our last contact into Germany on Sunday morning was nearly 700km, followed 8 hours later by two further Germans the first over 900km and the second over 800km! 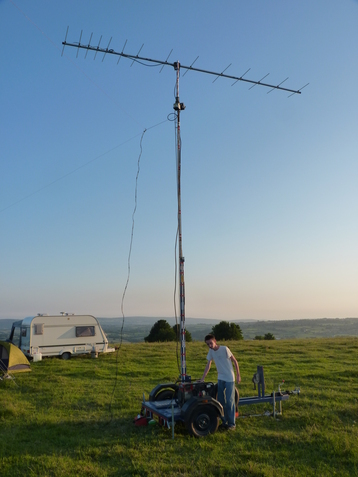 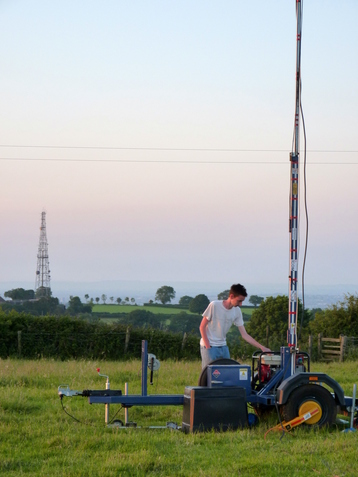 The results presented below have been determined following analysis of the unadjudicated log, and will not be updated once results are known.

The early high QSO rate is to be expected, as is the flurry of activity in the closing stages of the contest. Unusual this year was the high levels of activity after 20:00 on Saturday evening and to a slightly lesser extent the high level of QSOs between 08:00 – 09:00 on Sunday morning.

Tables 3 and 4, below, present a summary of the distances worked. The best DX was EA2AGZ at 1059km.

The mean is above the median indicating that there was a bias towards longer distance contacts in the sample suggesting that the deviation will be skewed from the traditional normal bell curve. Practically all QSOs fall within 3 standard deviations of the mean except the two over 1000km which can be considered outliers.

The tables below show the number of stations from each country with a specific breakdown for UK stations. The table is generic allowing flexibility in the website code rather than aspirational in terms of the countries we expect to contact.

In previous years we have typically seen around 10% of QSOs with European stations. This years result of over 20% is unusually high and is part of the reason for the high scoring year. Dominant countries are France and Germany followed by the Netherlands, Spain and Eire. We have worked most of these countries in previous Field Day outings although not usually in these quantities, however a new country this year is Denmark.

Below is the full log submitted following participation in this yeas event. If any information is received post submission updates will appear in the “Notes” column.