This is presented to the member who in the opinion of the club's Technical Officer taking into account both the complexity of the project and the experience of the member has produced the best "Home Brew" construction.

This years award went to Eddie M0LJT for his homemade from scratch coax switch. 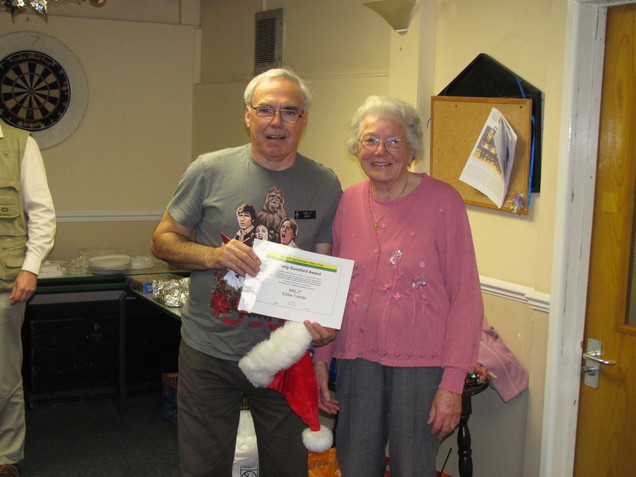 This years award went to Mark 2E0FKV for his support of all the years Special Event stations and assistance with the antenna maintenance. 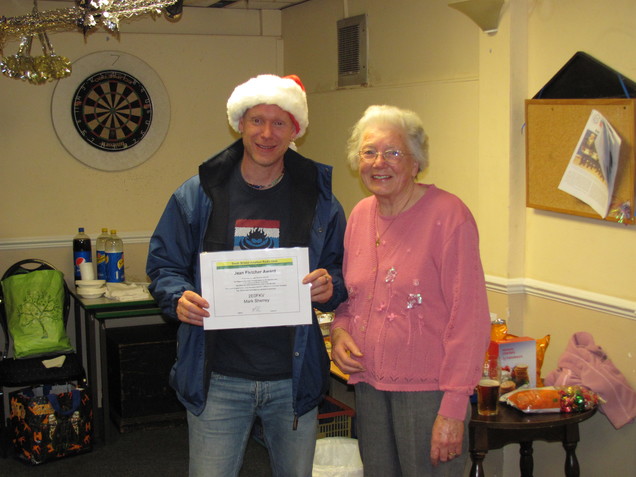 Each year the club holds an operations contest. the rules are simple, each person is allowed a fixed and equal amount of time on the clubs equipment (rigs, antennas, ATU). In that time they must try to work the best crow-fly distance from the clubs QTH. The person with the longest distance contact wins.

This year Henryk M0HTB worked the longest distance on the evening of the contest, although sadly he was unable to be at the Christmas Social to receive his certificate in person.