For those of you who don't know Bristol, Durdham Down is one of the higher areas. It has lots of open space around it overlooking the Avon Gorge and is popular with walkers, cyclists, tourists, kite flyers, sports people and the local residents of Clifton, Durdham and Sneyd Park.

The site itself, known locally (if incorrectly) as the "sea walls" is about 85m (279 ft) Above Ordnance Datum (Mean Sea Level at Newlyn in Cornwall). Our arrival at 10:00 gave us pause for thought as the chosen location had been marked out for football pitches. We had no desire to be operating in between two local games. As it turned out there were no matches on this part of the Downs, although other areas were clearly the province of various sporting fixtures.

Our equipment consisted of:

Despite being November, the weather was uncharacteristically fine and warm at about 13 – 14 degrees with only a light breeze (measured at about 12knots) reducing the effective temperature to the point that a jacket was required whilst stood around. Setting up took the best part of an hour. First the kite was laid out and its line anchored in a location that would allow the antenna to hang more or less vertically over our operating position. The ground spike was hammered home as best as possible, which is not great on the Downs since the soil is essentially about 200mm of topsoil over limestone which tends to be fairly resistant to having ground spikes hammered in to it. The ground radials were attached, and then the rig and atu were connected. 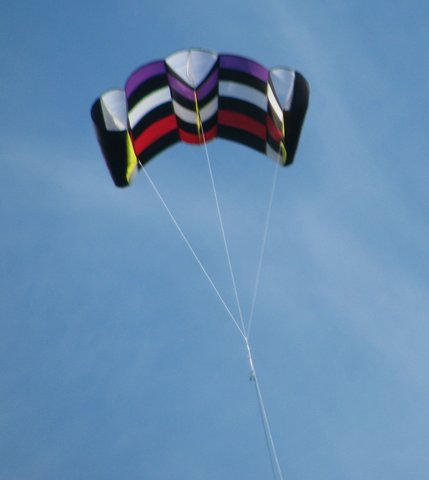 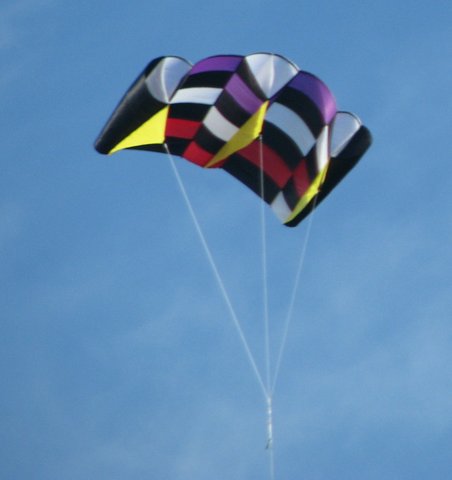 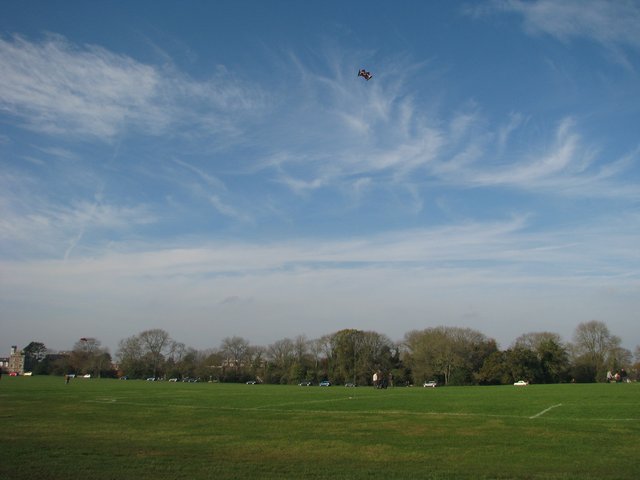 The kite was unfurled and launched, et voila a near vertical long wire. Lifting sled kites are particularly good for this type of application. They have a large amount of lift even in low wind conditions but remain stable. This means that once they have taken flight they can be left more or less unattended allowing people to concentrate on the radio.

So how did it perform? Well we were running only 5W from the FT-817, our first CQ call was answered from Germany. This caused a bit of consternation amongst the operators who although pleased with the contact hadn't yet settled into an operating routine. It was a bit like the rabbit in the headlights syndrome.

Once things settled down we were rewarded with further contacts into Belgium. The set up was receiving brilliantly, bands we thought were sparsely populated were in fact wall to wall on this setup. 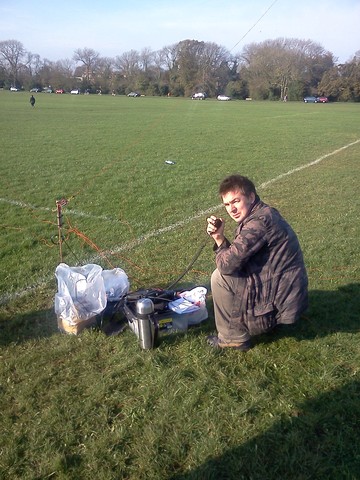 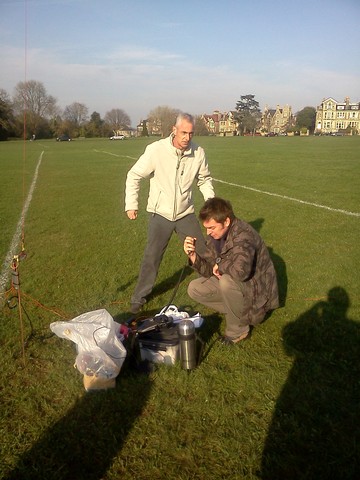 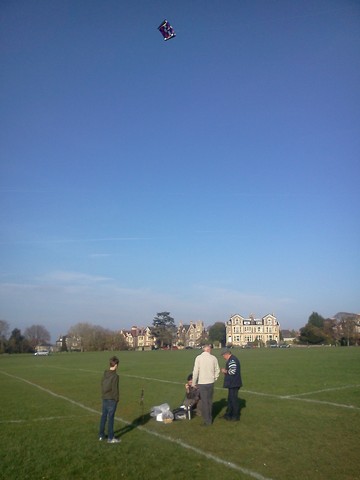 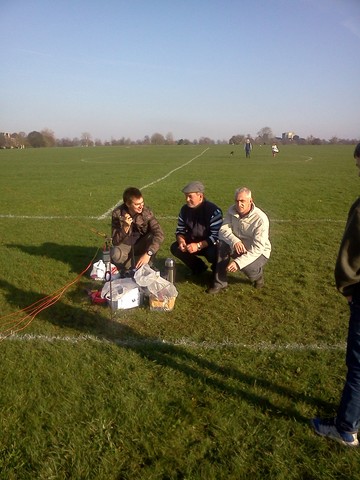 We spent some considerable time trying to break the pile up to get to GB4WLR who were operating a special event station from the West Lancashire Narrow Gauge railway as part of the Children in Need fund raising event. Sadly our 5W was not enough to break the pile up and even calling QRP didn't grant us any favours. They were a cracking S8 signal with us and many of the other 100W+ stations they worked were similarly strong. A PA station operating 12W was S7 with us.

As well as being a successful "proof of concept" the operation also caused the odd passer by to stop and ask what we were doing, there is justifiable publicity in carrying out further experiments of this nature.

Where Do We Go From Here

The experiment was fun, and it was hoped that we could develop a station for the 2012 Bristol International Kite Festival. Sadly the kite festival has been called off for 2012 due to a clash with the Olympics, although plans are to restart this annual event in 2013 so we have plenty of time to perfect our arrangement and operation.

A little bit more power might be useful, swapping the FT-817 with an FT-857 even if the latter is restricted to 25W to run on battery may prove useful in breaking those pesky pile ups, although this will also necessitate a different ATU able to handle the additional power. This shouldn't be a problem, the equipment used by the GB2BLE Lundy team includes a complete FT-857 based data station that could be adopted.

Altering the ground plane radials to offer a series of quarter wavelengths on a variety of bands could make for a more effective antenna arrangement.

On a practical level taking a small folding table and chairs could avoid the aches associated with squatting in the middle of the Downs to operate. It will also be a tad more dignified.