This was to be our first foray into this particular special event, and although we are reasonably well versed in temporary operations from our activities at Saltford for Mills on the Air, Midsomer Norton for Railways on the Air and naturally VHF National Field Day each event holds its own particular challenges and problems that need to be overcome. For us therefore 2013 was to be something of a "proof of concept" undertaking with the hope that we would be able to add this to our calendar of regular events.

Our first problem to overcome was to locate a suitable venue. Naturally given the event this meant we had to find a local lighthouse or lightship. Surprisingly, given our coastal location and Bristols maritime heritage, the number of potential venues was thin on the ground and those that were within a suitable travel radius often were bereft of any kind of facilities such as: power, sanitation etc.

We were on the verge of dropping this as a possible event when Don G0NQJ (sk) chanced upon someone at the Cabot Cruising Club in Bathurst Basin in the centre of Bristol.

The Cabot Cruising Club own and maintain the Former Light Vessel 55 as their Clubhouse, although it is now called the 'John Sebastian' in honour of Bristols famous mariners.

Full details of its history and how the vessel came to be in the hands of the Cabot Cruising Club can be found on the Cabot Cruising Club website, but in summary Light Vessel 55 (aka the 'John Sebastian') entered service in 1885 and served for 68 years before being sold for scrap by Trinity House in 1953. She was stationed on Newarp Station, Swarte Bank Station, Owers Station and finally was stationed on the East and West Grounds Station in the Bristol Channel from 1939 to 1953 except for a period of overhaul and storage from 1942 – 1947.

She is believed to one of, if not, the oldest wooden hulled Lightship still afloat although there are a couple of other vessels challenging for this title.

This venue had a number of advantages but also its own share of disadvantages as follows:

Overall however, we felt the location was viable provided that:

Fortunately we were lucky in both cases: The Cruising Club were more than willing to let us operate and went out of their way to accommodate us, and the ILLW organisers recognised the former Light Vessel allocating her the unique reference within their system of UK0176.

A Brief History of Light Vessel 55 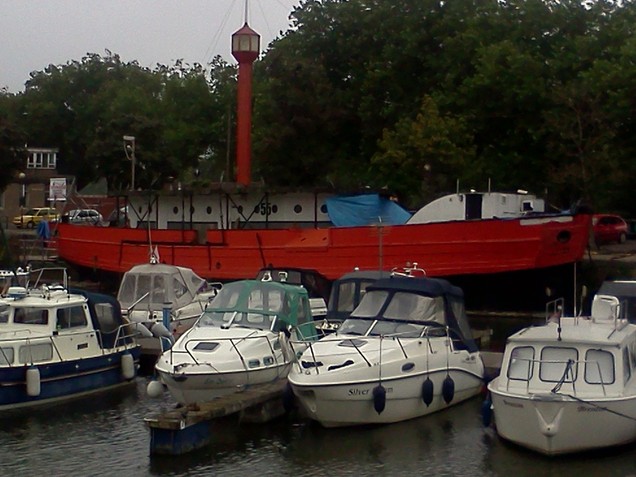 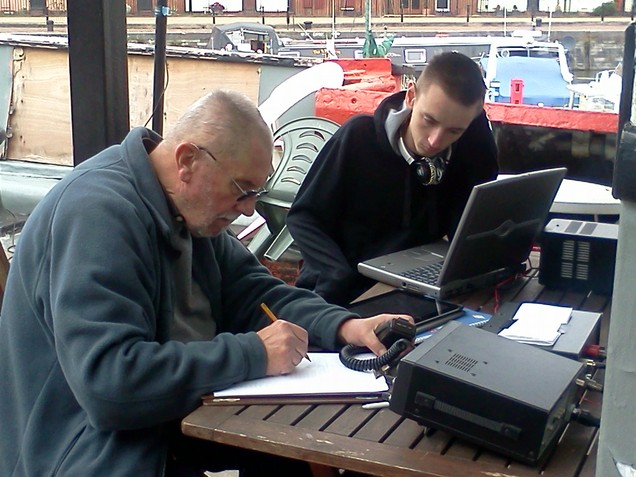 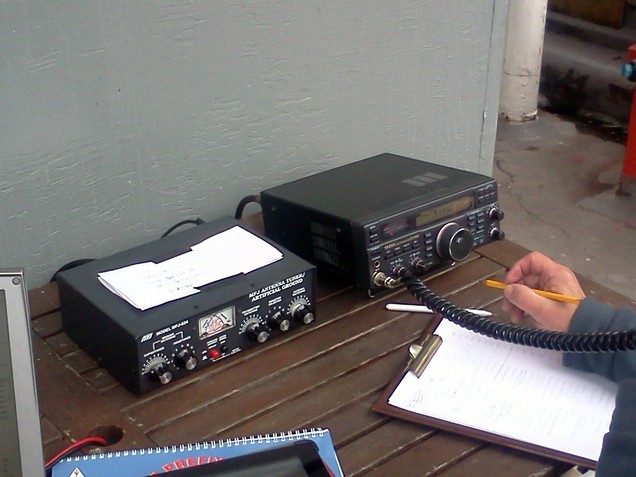 We took along the clubs equipment, this having proven its worth in Special Events such as Railways on the Air, namely: 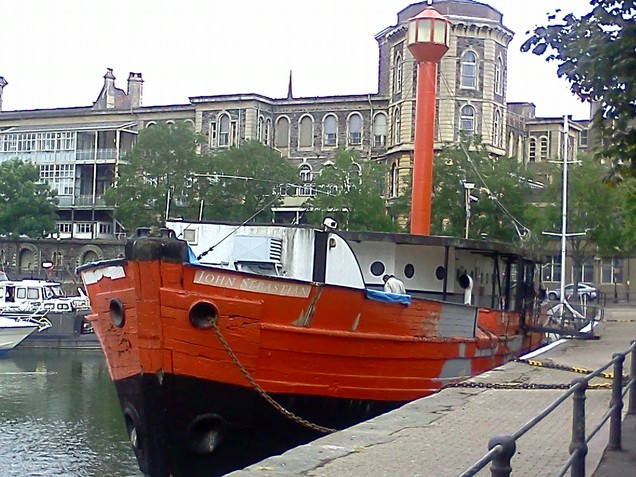 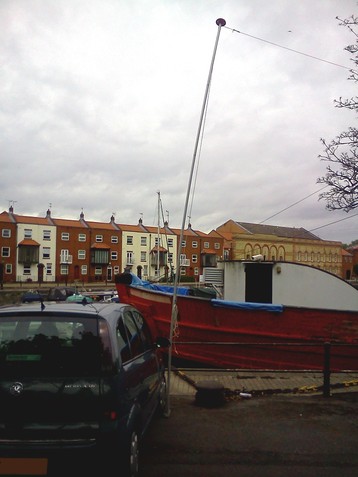 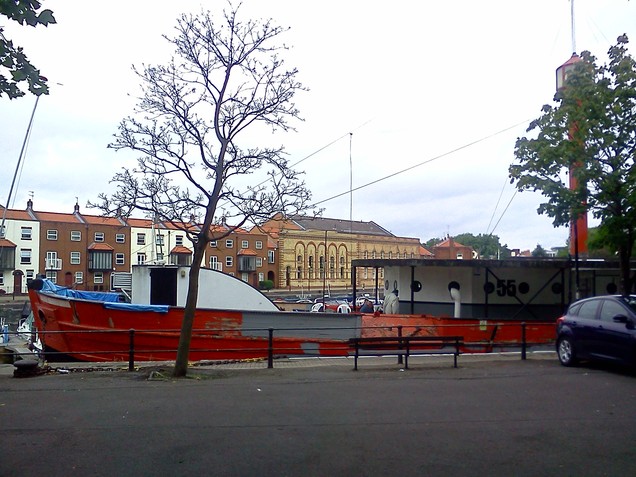 The operating position towards the bow of the ship placed us more or less directly beneath the mid point of our half size G5RV which was attached at one end to the Cabot Cruising Clubs Lanyards fixed to the light and at the other end to a flagpole fixed to a drive on car mount in the car park.

On the Saturday we noticed that there was quite a lot of force causing the flagpole to bend so on the Sunday we tied it back to the trees on the far side of the car park.

Quite by chance the antenna was setup more or less east-west giving us best propagation to the north and south. 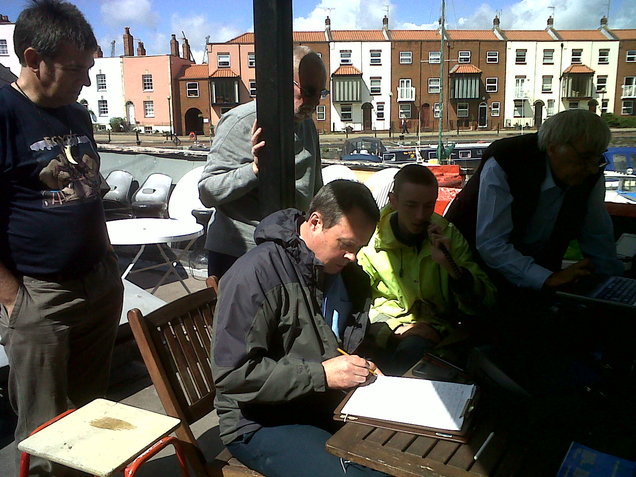 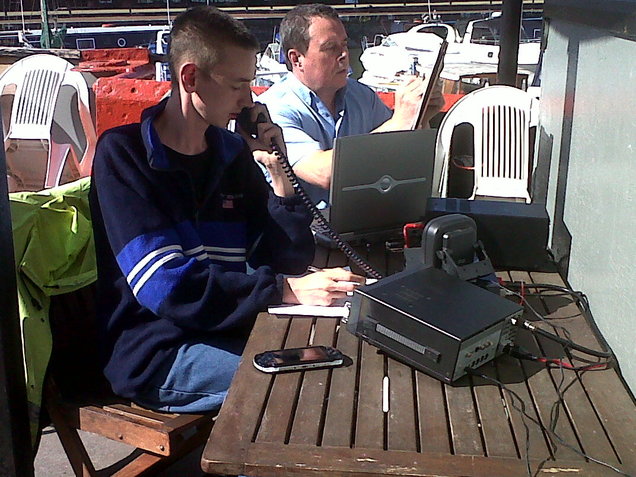 The event proved popular with the members and we were lucky enough to see a steady trickle of people who took turns at operating, logging, chatting and drinking tea.

We feel this event was a successful outing for the club and a very definite "Proof of Concept". Assuming that the Cabot Cruising Club will allow us back in 2014 we plan to get involved in the ILLW again perhaps this time using a Special Event Callsign such as GB0JSB (John Sebastian Bristol) or GB0CCC (Cabot Cruising Club). 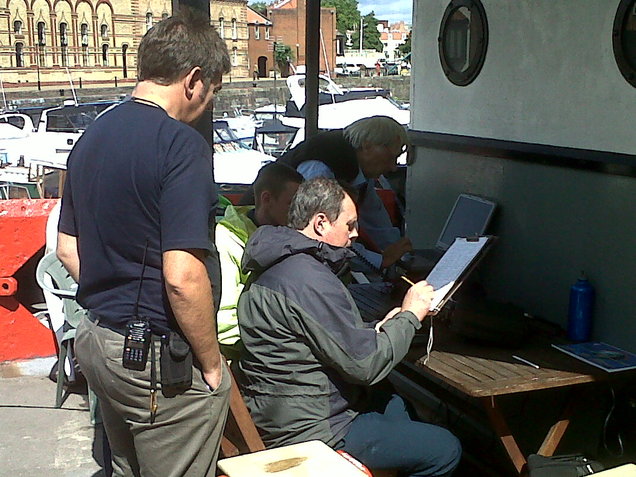 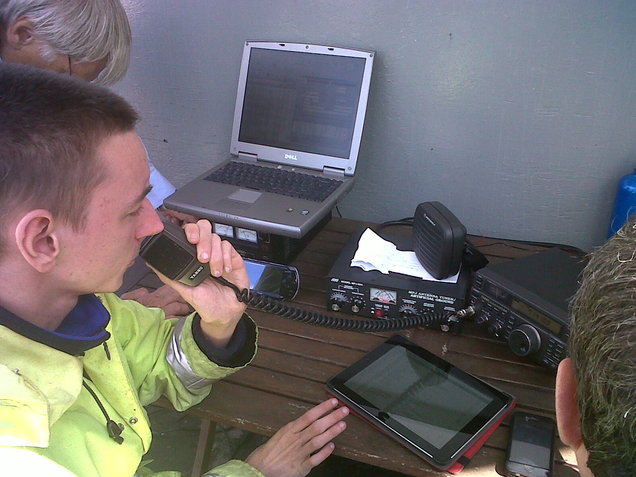 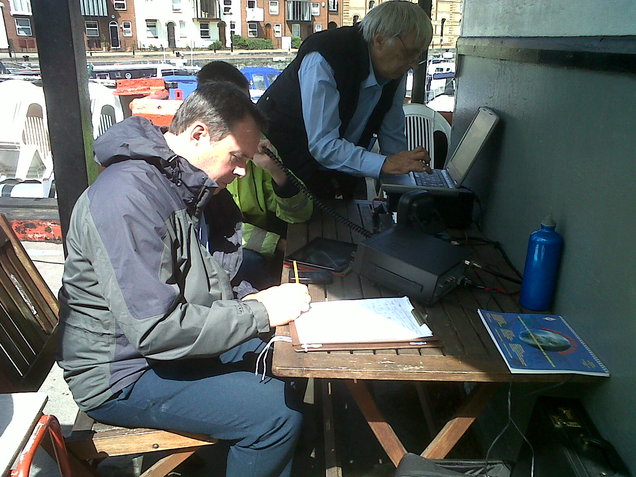