This years International Lighthouses and Lightships on the Air weekend took place over the 20/21 August. Once again we were fortunate to be guests of the Cabot Cruising Club on the John Sebastian (Former Light Vessel 55) in Bathurst Basin, part of Bristols historic City Docks.

Typically we plan to operate from about 10:00 – 16:00 and the plan on Saturday was to get to site about 09:30 to give time to set up the rig and antenna. The usual thing happened and at 09:30 Andy G7KNA was just leaving home. To inform the Clubs Special Events Manager a call was made on GB3ZB, one of our local 70cm analogue repeaters, to try to contact Mark M0SKV to inform him that it would be closer to 10:00 before Andy G7KNA arrived on site.

Mark M0SKV wasn't contactable at first but Martin M0JEA popped up, he too was in the process of getting to site but being equipped with a 2m capability was able to try to reach Mark M0SKV via GB3WR where Mark M0SKV was known to operate. Mark M0SKV also joined the conversation shortly afterwards, he too was late leaving home.

Despite this Andy G7KNA was first on site which was useful as both Mark M0SKV and Martin M0JEA required talk-in in the final few hundred yards of their approach to the site.

Mark M0SKV as Special Events Manager had planned to operate an 80m doublet, his intention had been to hang the feedpoint from just below the lantern using one of the existing lanyards and then to secure the ends in an inverted vee configuration to the bow and stern of the lightship. Prior to the event he had asked Andy G7KNA to calculate what height the feedpoint had to raised to to allow such a configuration to be implemented.

Data on the height of the lantern and its position relative to the bow and stern was difficult to obtain, however Andy G7KNA calculated that the antenna was too long for this installation and would have about 1500mm to long at the stern. 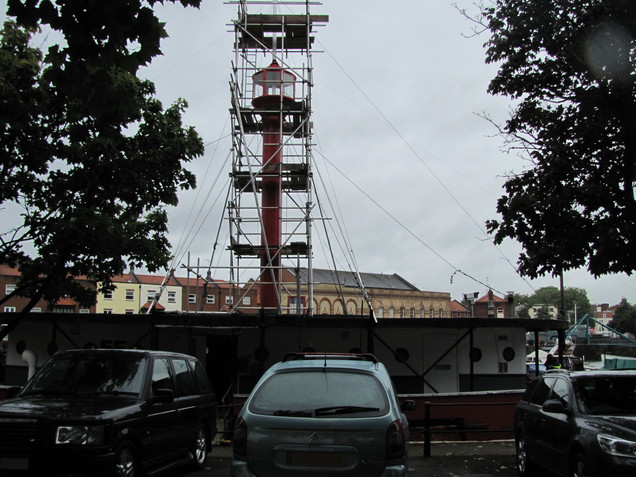 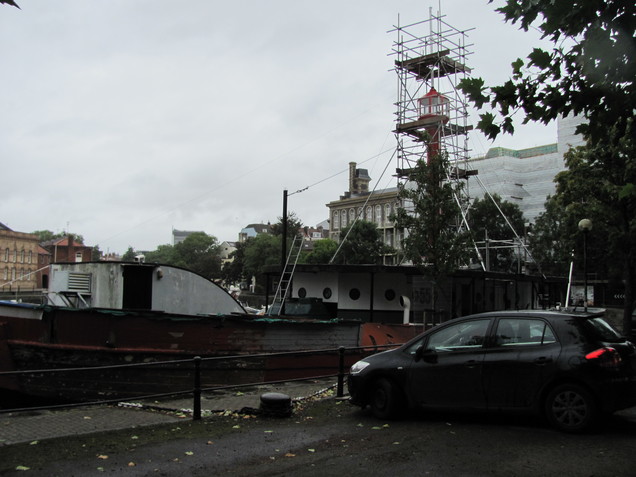 When we arrived on site the lantern was in the process of being refurbished and a scaffold tower had been erected around the lantern and its mast. Hanging the feedpoint of the doublet level with the base of the lantern resulted in the end of the antenna being some 450mm – 500mm longer than the stern of the ship. Given the lack of hard data about the dimensions of the ship and the lantern it was felt that this was a good estimate.

The scaffold tower, however, gave us the option to get the feedpoint higher than would have otherwise been possible. By getting the feedpoint to the top of the tower the antenna could be rigged as originally intended. This was connected to our new FT991 via a manual tuner which was required as we had no balun. 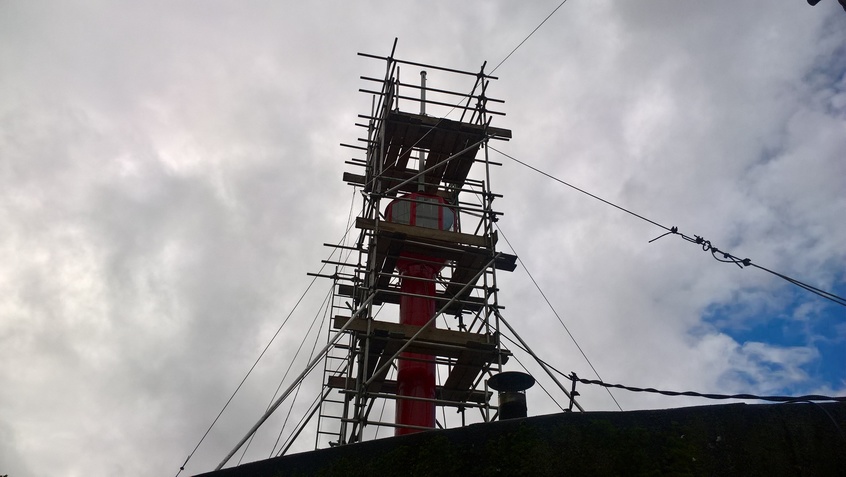 Our station was set up on the stern of the 'John Sebastian' under the overhang of the upper deck. Although this appeared to offer little cover it was more than adequate for the weekend even with the occasional showers that we experienced. 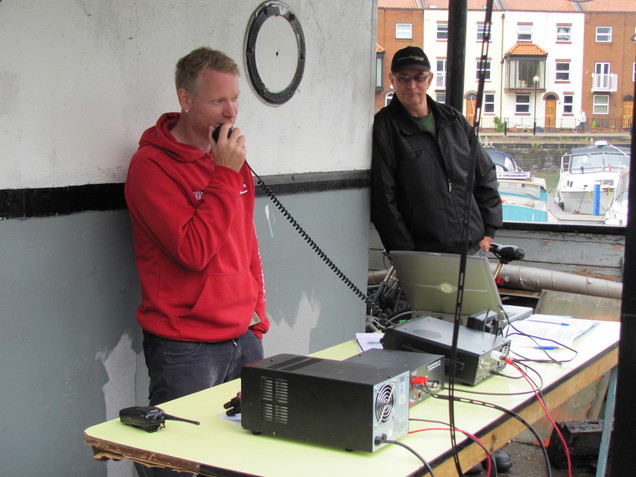 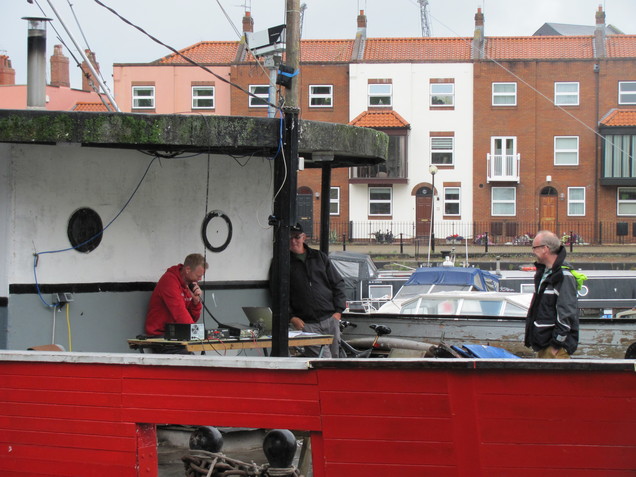 The day went well once we were set-up. The log shows we made 75 contacts with the best DX being K9PPY in Illanois. 40m wasn't really open for inter-G in the morning but we made 59 of our contacts on this band in the first day. We found that the 40m contacts were good for a bit of a chat about the respective stations. By contrast the 20m contacts were very prescriptive "59, 73 QRZ" with many operators not even bothering to give their name in the 1 over QSO. We also managed a contact on 80m just to prove that we could to one of our members who had been scathing of our intention to operate an 80m antenna.

We were joined on the day by Martin M0JEA, Eddie M0LJT and former member Steve M6LWR and thanks to them for their help on the day. 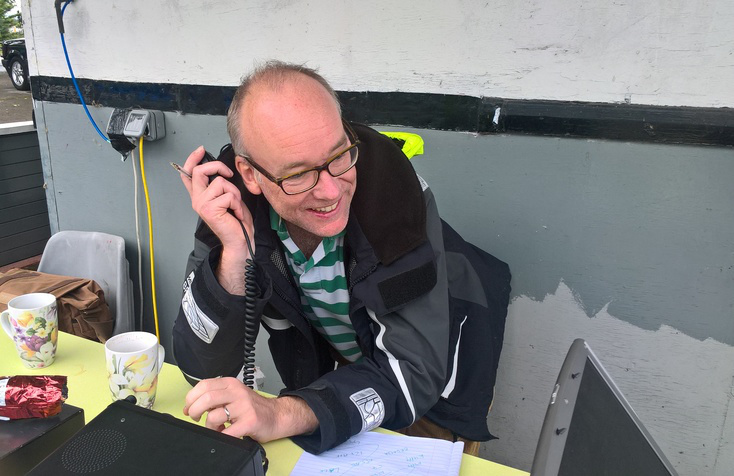 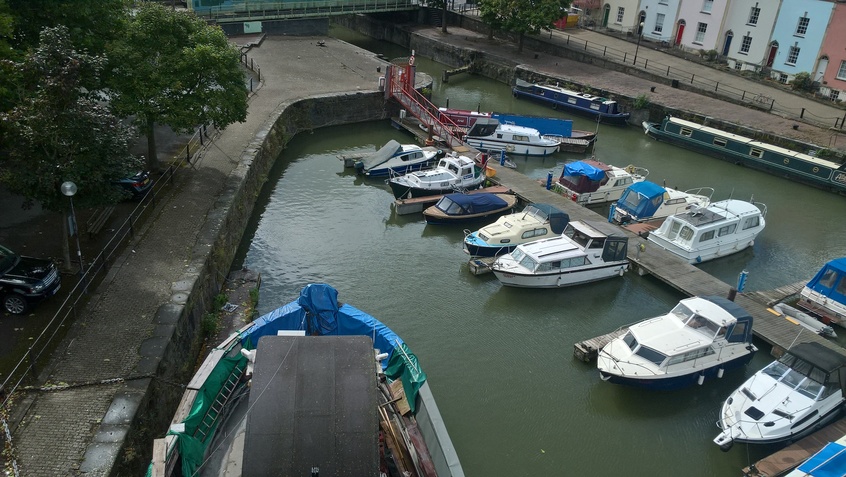 Sunday was to prove more challenging. We had left the antenna up overnight with the plan that we would then be able to simply plug back in the following day and pick up where we had left off. Sadly things didn't work out that way. We plugged everything back in but couldn't get a decent SWR match. Thinking that water might have affected the feedpoint we tried to operate on 40m but once again couldn't match the antenna.

We took the decision to replace the antenna, erecting a 20m/40m fan dipole in its place. After trying a couple of different feeders we once again had an operational antenna and got back on air at about quarter to twelve. Although this antenna was good it was clearly outperformed by yesterdays doublet. Local members who had worked us and listened to us on both days reported that our signal strength was down on Sunday compared to Saturday. 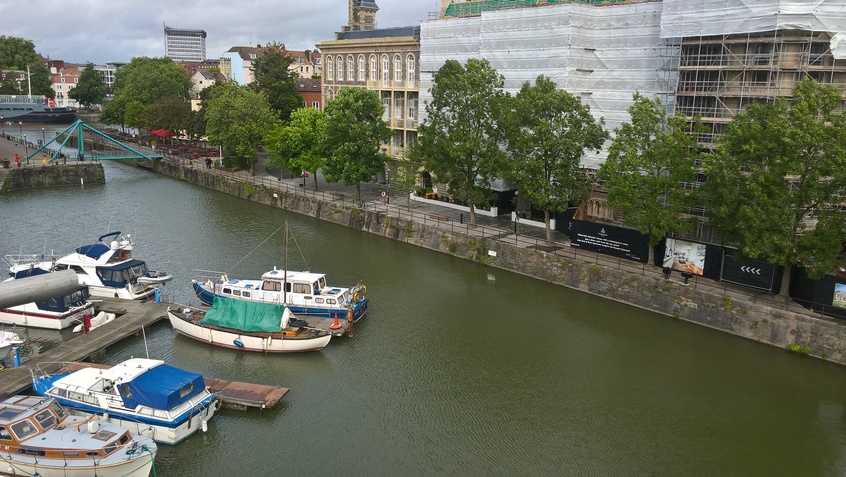 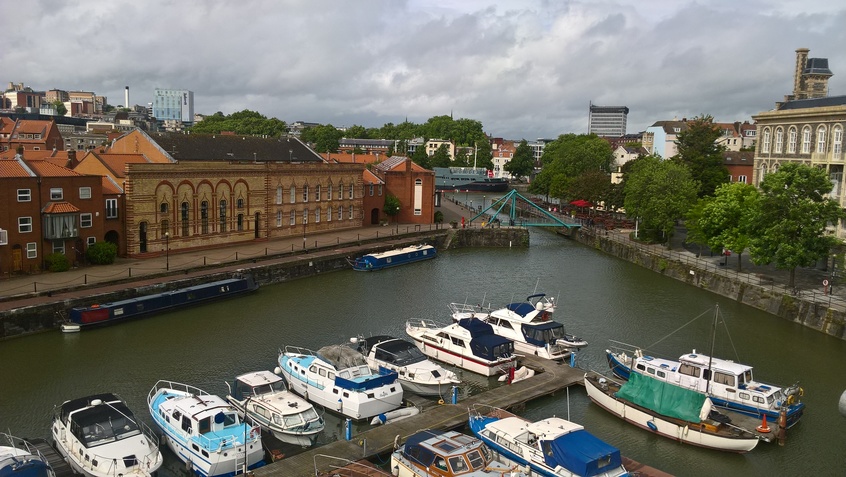 During the day we were joined by Gary 2E0HCC, John 2E0VTT and Nigel currently undertaking a Foundation Course with the Club.

By the end of the operation on Sunday we had made 109 contacts over the weekend including 24 registered lighthouse/lightship stations, our sister club North Bristol ARC and the RSGB National Radio Centre at Bletchley Park.

We are indebted to our hosts, the Cabot Cruising Club who once again went out of their way to make us welcome and accommodate us in their Clubhouse. All things being equal we look forward to returning to their Lightship for this event next year.