Former TRINITY LIGHT VESSEL 55, now renamed the ‘John Sebastian’ in honour of Bristols famous explorers, is moored in Bathurst Basin in the centre of Bristol and has her own postal address, namely: ‘The John Sebastian, Bathurst Basin, Bristol BS1 4RL’. She is now the home to the Cabot Cruising Club who have produced an interesting history document covering her past service. However, there are some specific details that will be of interest to radio hams:

August; summer and the country has been languishing under a heat wave. Things were looking good, on the Thursday before the weekend Mark M0SKV had organised the equipment from the Club into his car for transport to the site on Saturday.

And then the plan had first contact with the enemy and everyone who has ever organised anything will know that no plan ever survives first contact with the enemy. Mark M0SKV had a work crisis that was going to require him to attend a customers premises on Saturday morning. This, in and of itself, wasn’t major since there were others who could set-up and operate until Mark turned up in the afternoon having attended to his customer. The problem was, of course, that he had all of the equipment and therefore any delay in getting Mark M0SKV to the site was going to translate into late set-up and late starting, not great!

Fortunately Mark M0SKV was able to get into Bristol on Friday afternoon and was able to transfer the equipment to Andy G7KNA at the latters place of work which is, ironically, only about 0.5 miles from the John Sebastian.

Back on plan, or at least back on plan B, there was only one other minor hiccup which is that Andy G7KNA forgot to bring the extension lead and had to turn back and return to his home QTH to retrieve it. This made him about 20 minutes late and Dave 2E0GZO was already on site having been given directions to the John Sebastian by Andy G7KNA via GB3ZB as Andy G7KNA drove into the Bristol.

As it transpired the Cruising Club had fitted external weather proof power sockets on the deck so ironically the extension lead proved unnecessary, although had Andy G7KNA not returned home and brought a lead it would, naturally, have been required and we’d have been scratching around trying to get a suitable lead!

Once on site, set-up proceeded without any major problems. The location is a very good one from an operating point of view, the recently refurbished lantern tower has now had a flag pole fitted to its top extending the height of the lantern tower. It is also very easy to pull up the doublets feedpoint since the flagpole is fitted with the obligatory lanyard so there is no messing around trying to put telescopic masts up and securing them in place. 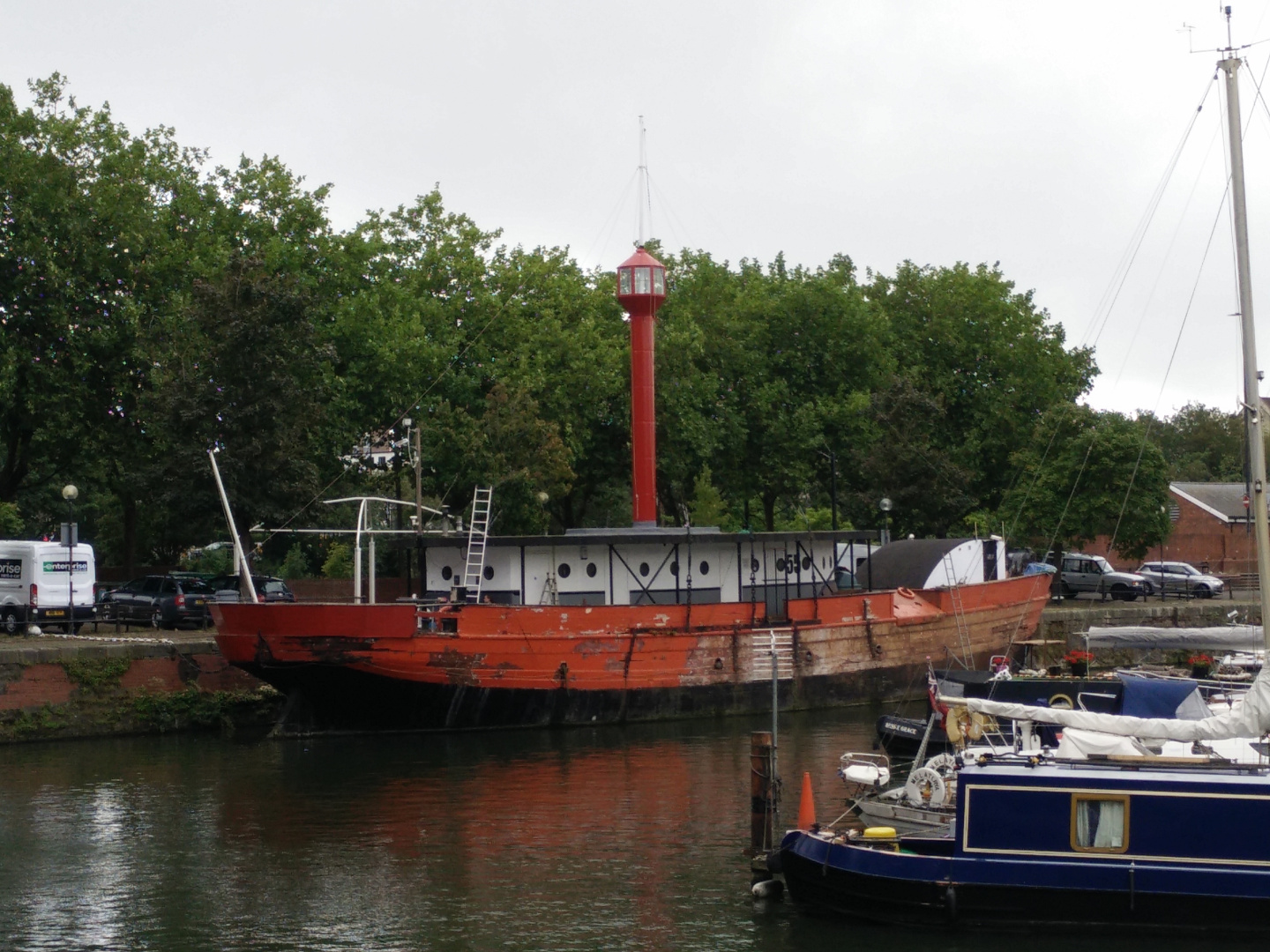 The antenna is the, by now ubiquitous, 80m doublet, in this operation it is set up in an inverted vee configuration with the feed point hoisted to the top of the flag pole above the lantern giving some 40 feet or more above the roof of the ship and sufficiently high that the ends of the antenna could be secured to the bow and stern of the ship in a very traditional maritime setup. 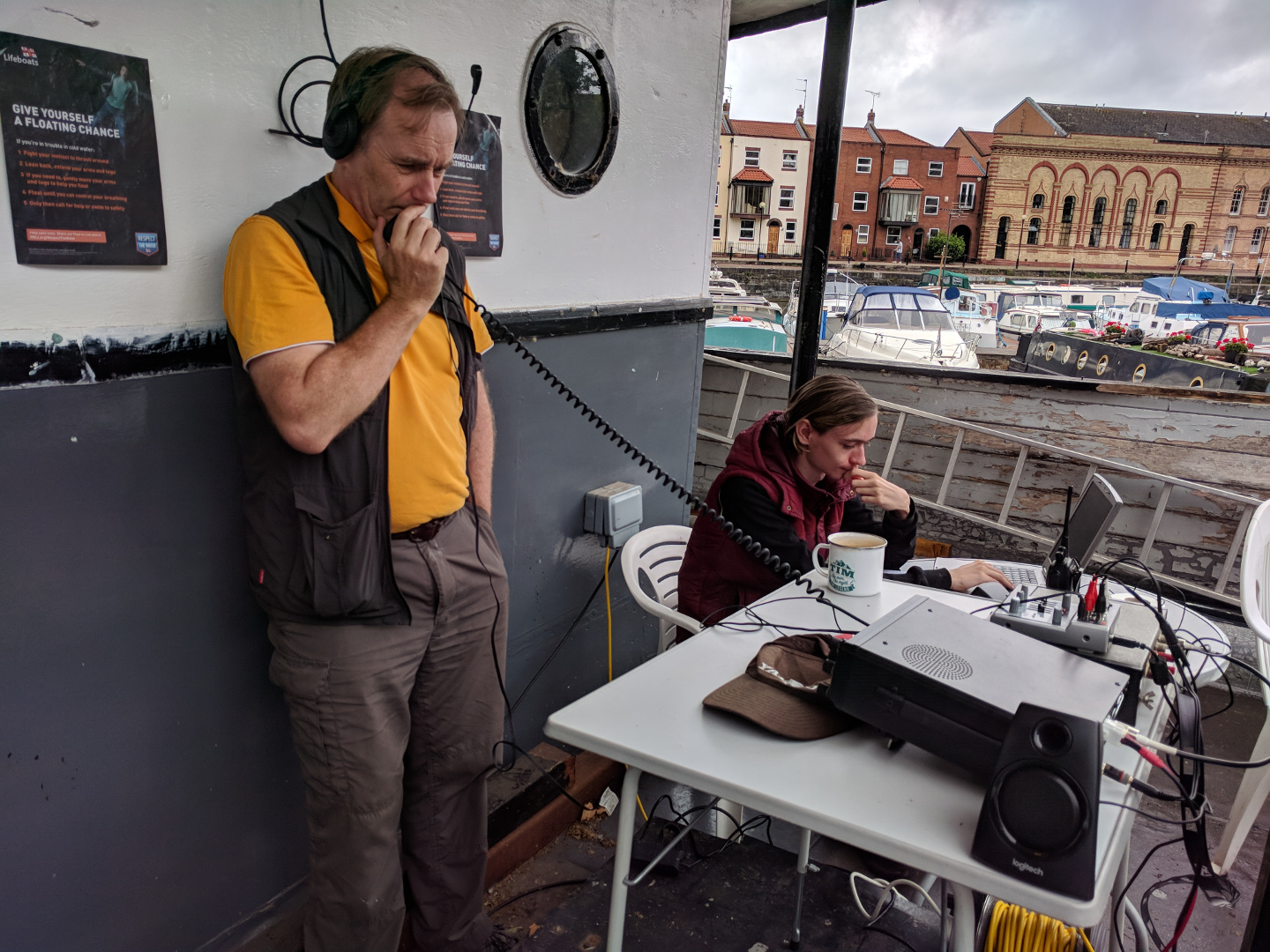 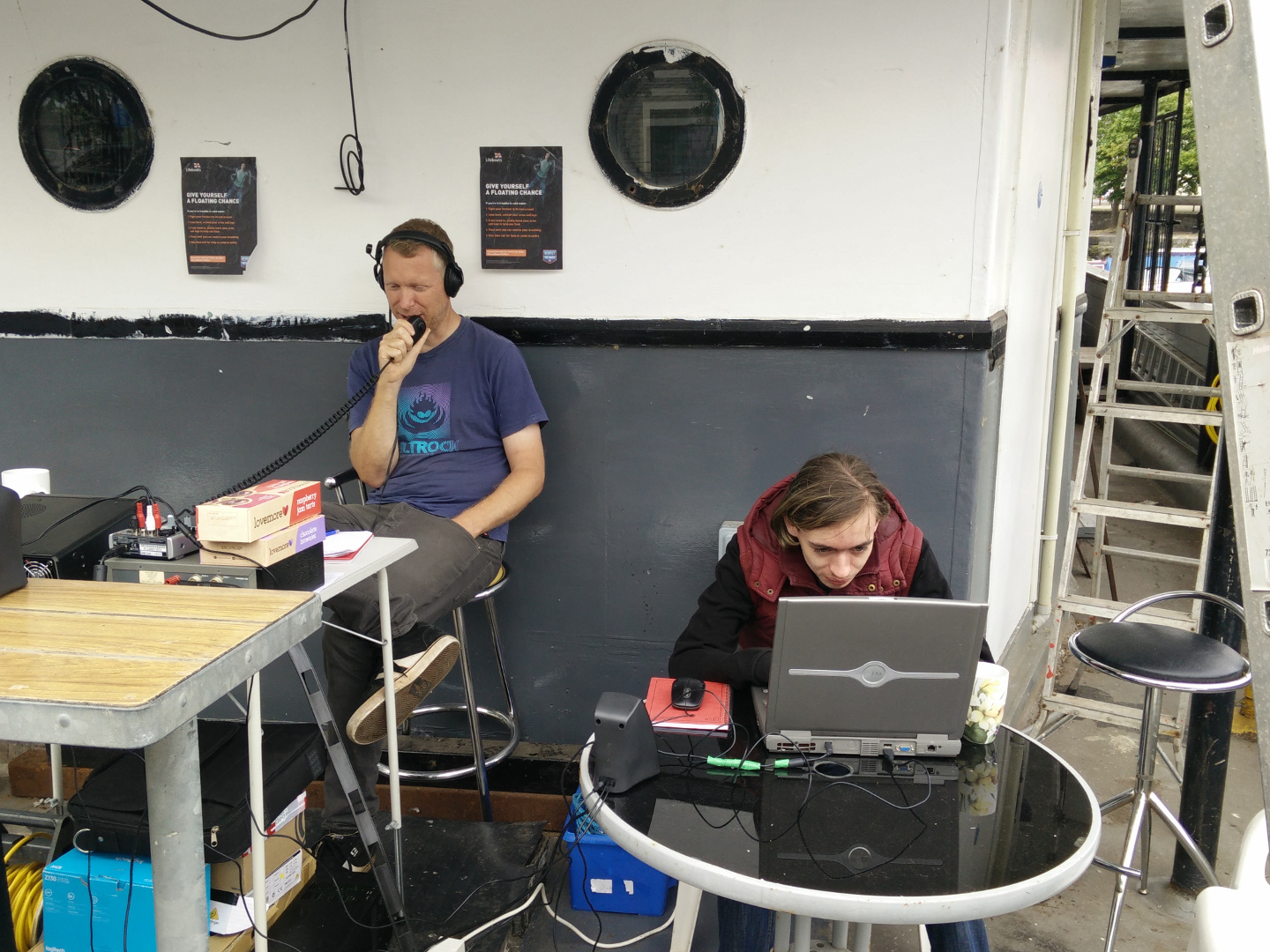 The antenna went up easily and was convinced to provide a respectable SWR on 80m and 40m to the FT991 thanks to an external tuner incorporating a balun and we were away. 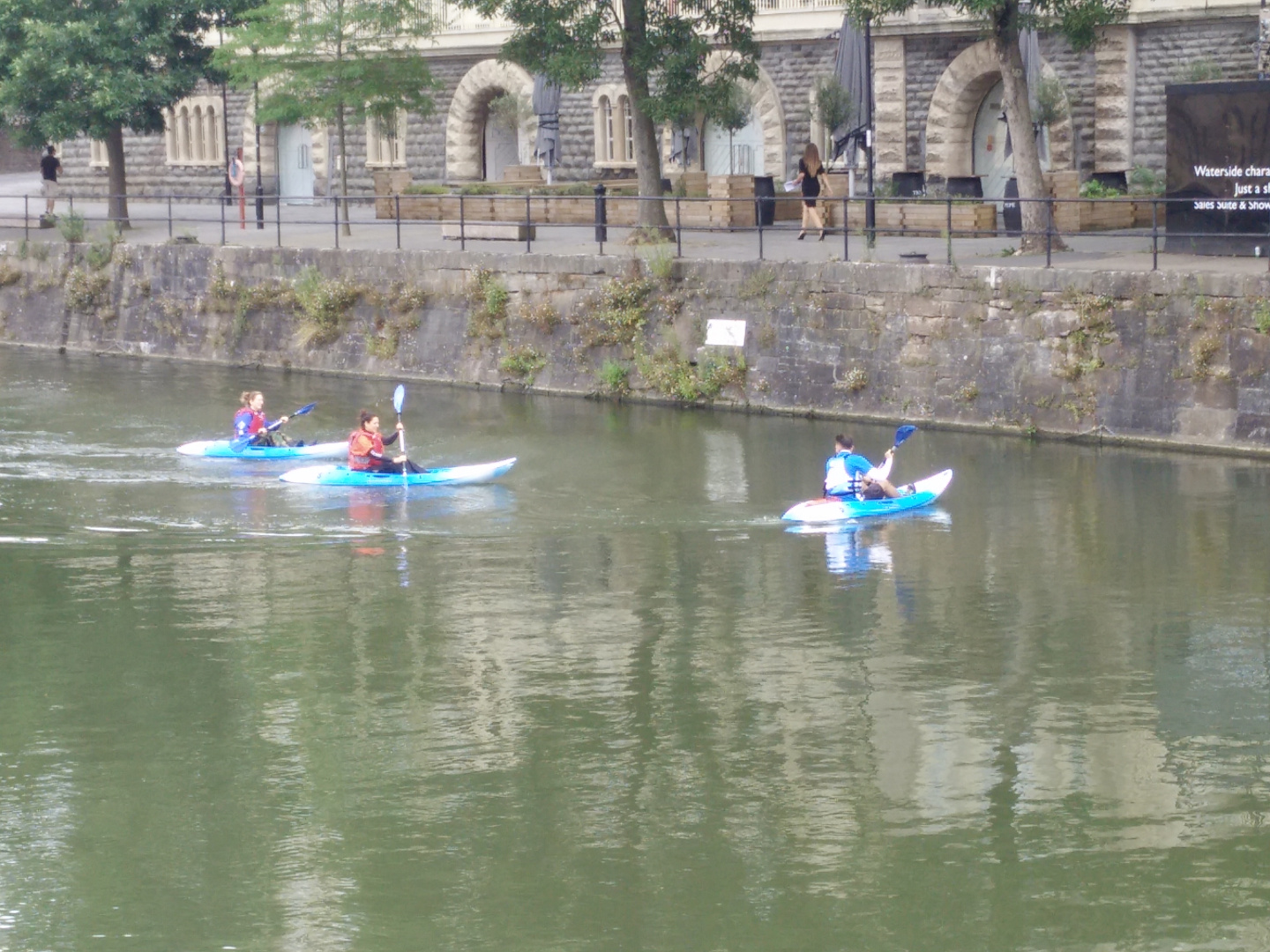 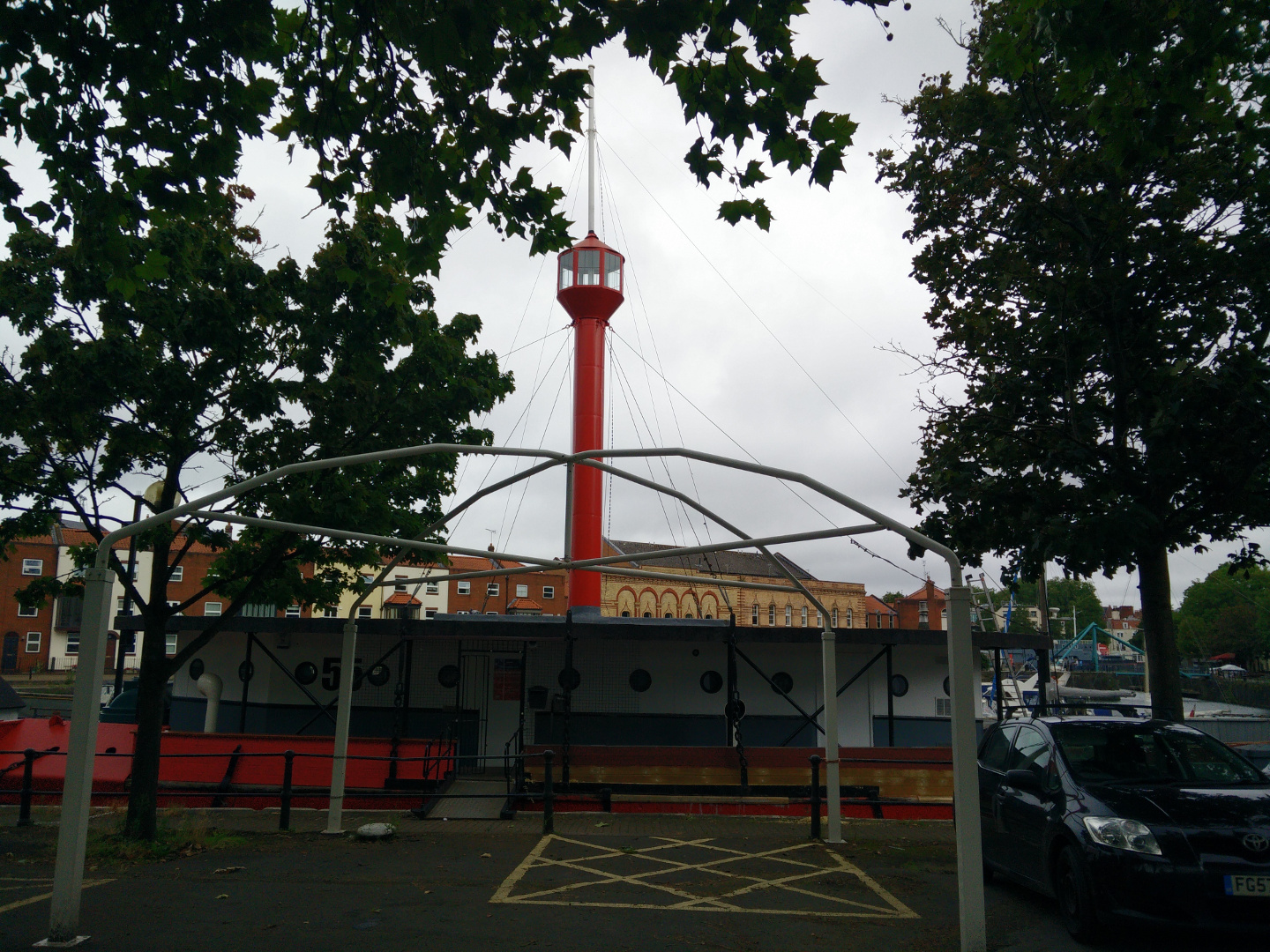 We opened on 80m, but were surprised to find it quiet, there were a couple of regular nets taking place with the usual mix of strong and weak signals. We called CQ and were rewarded with a contact into Coventry but little else was heard or worked. 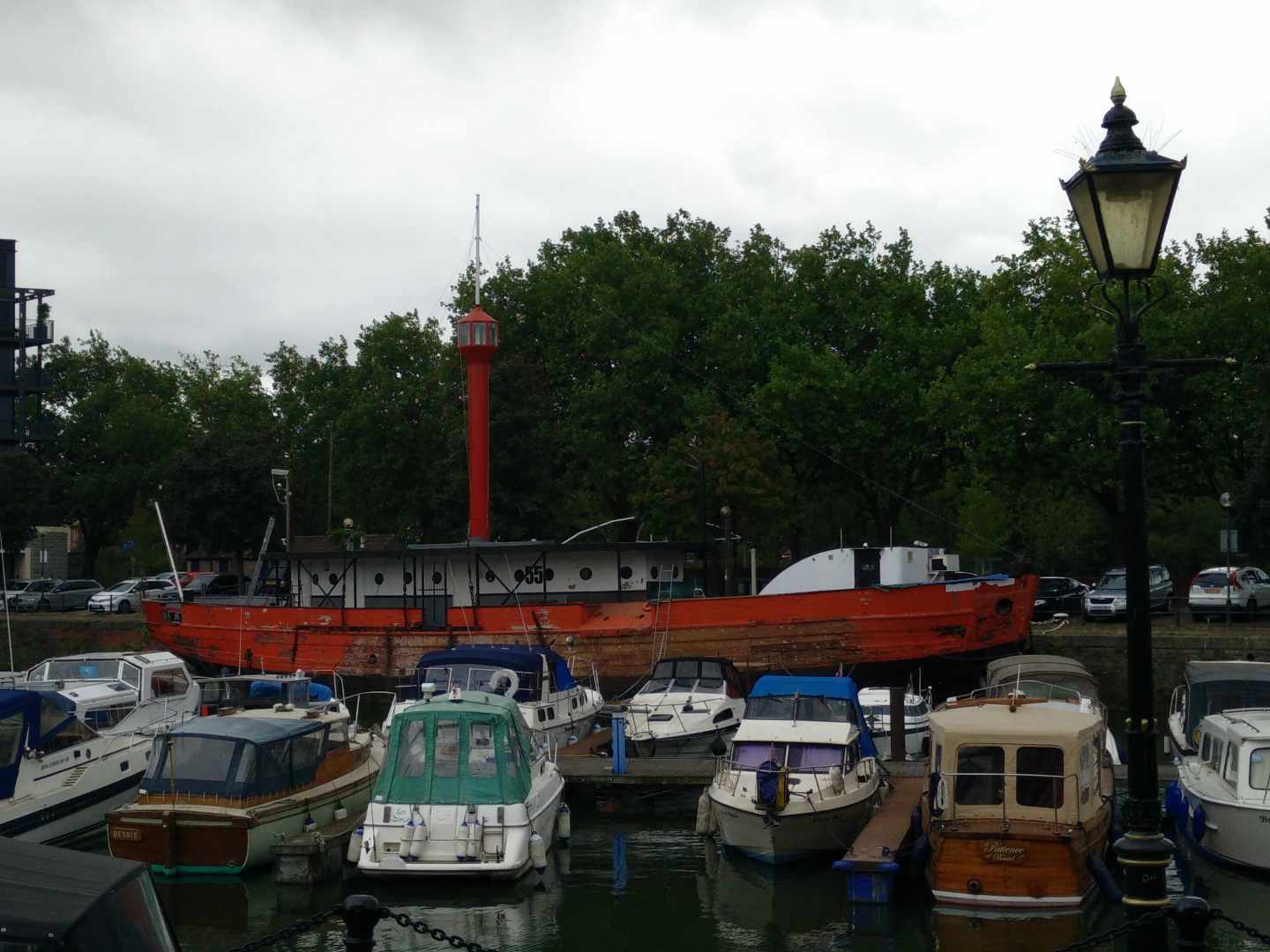 We moved up to 40m where there was more activity. 40m was giving longer inter-G and the usual European coverage and we picked up a number of lighthouses. On Sunday we stayed with 40m but also explored 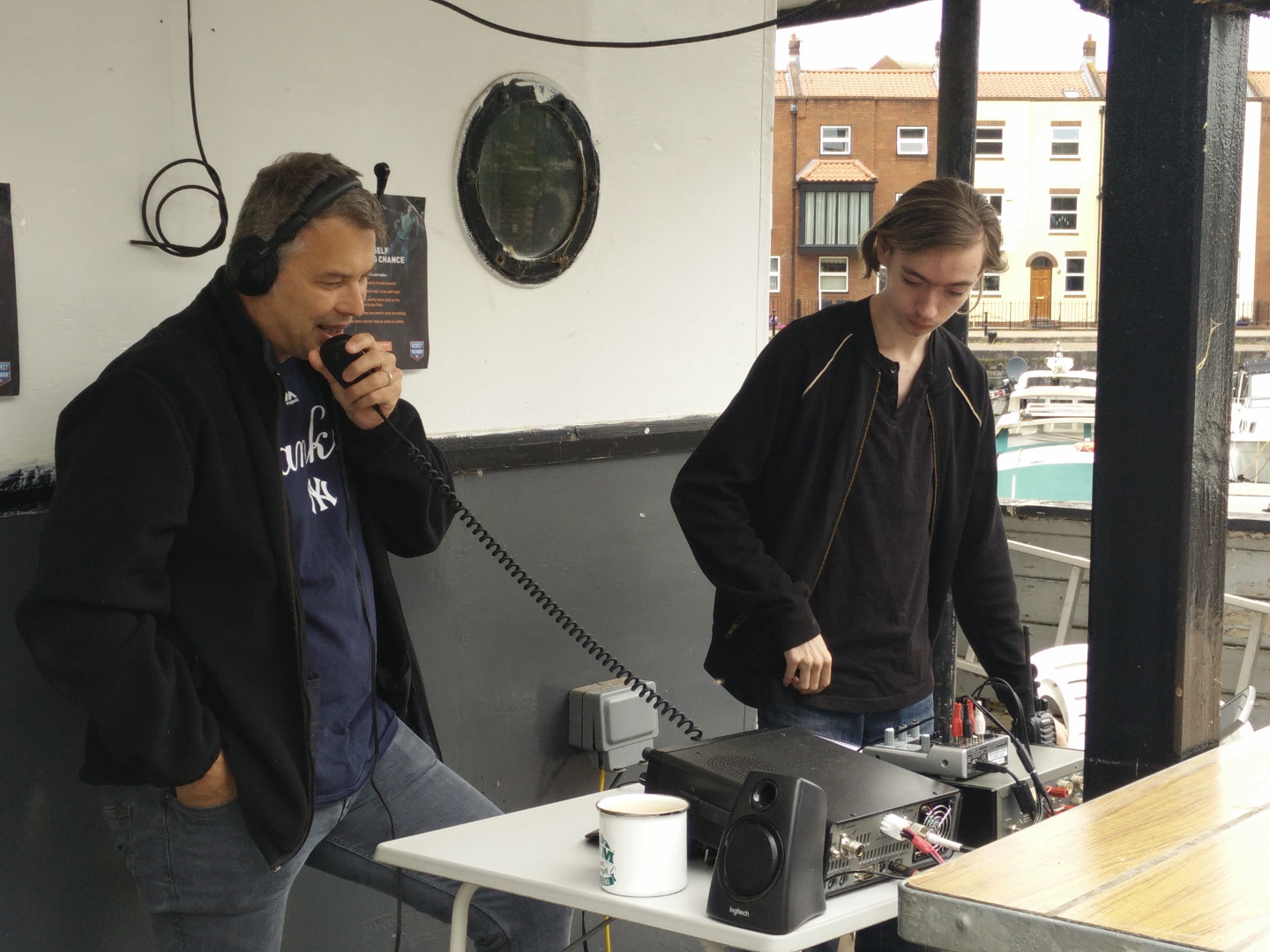 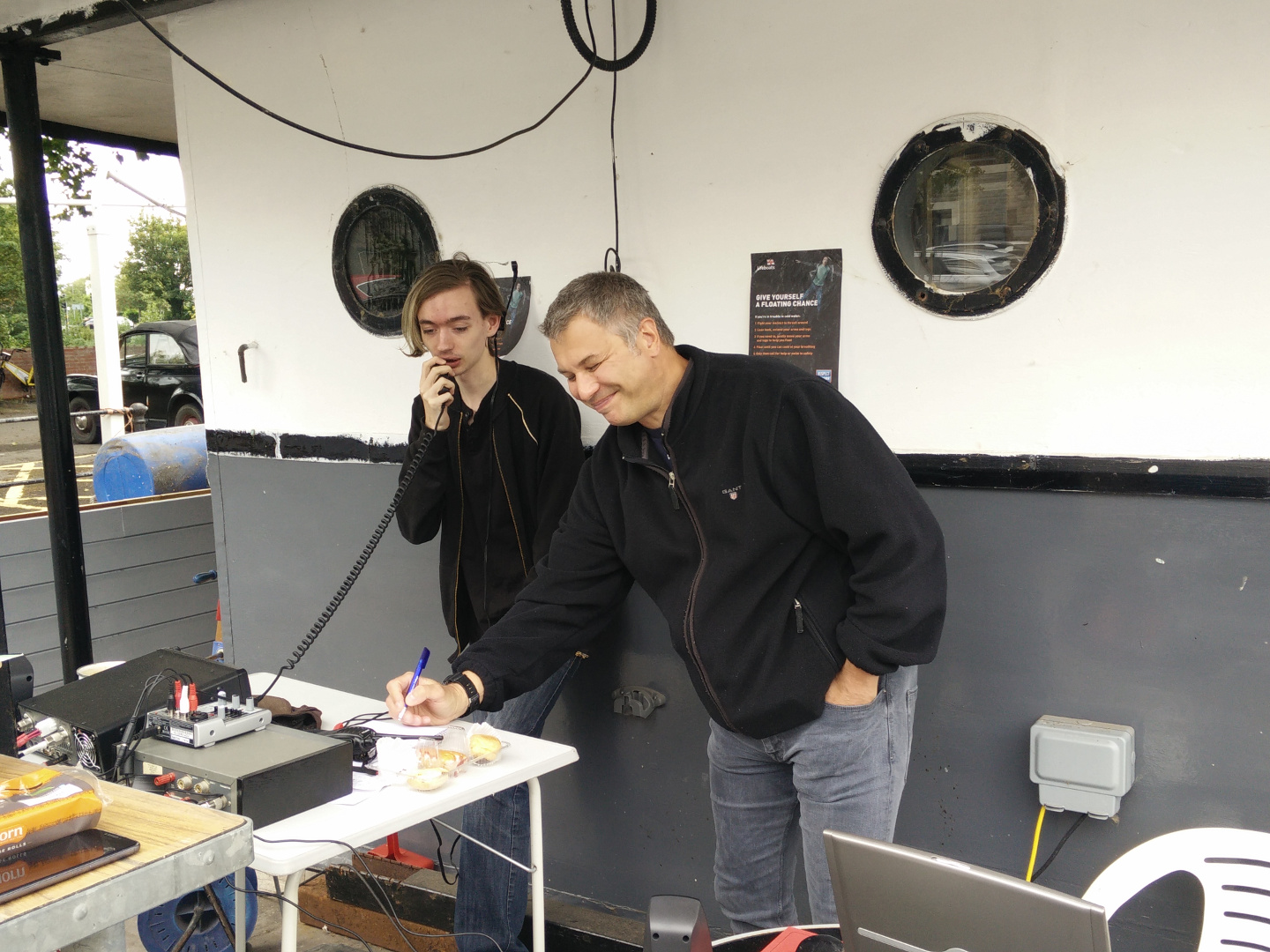 On Saturday we had Andy G7KNA, Ken SWL, Dave 2E0GZO, Jason and Mark M0SKV. On Sunday although Dave 2E0GZO couldn’t make it we still had a good turn out with much of the same team turning up. Ken, our SWL who is currently undergoing Foundation Training with the Club had the opportunity to get on air and made a number of the contacts on Sunday afternoon. Many thanks to all those stations who worked us when Ken was operating who were very patient and helped him to gain confidence on air and in QSO.

Our best DX for the weekend was probably the Canary Islands on Saturday afternoon for 2850km (1780 miles). We also worked Muckle Flugga Lighthouse which is the United Kingdom's most northerly lighthouse and was activated as a QRP station.