This year marks a departure from our normal historic operations. Whereas in previous years we have set up on the grass verge outside the Mill and operated more or less from outside the Mill, this year we had agreed with the Mill Volunteers to come inside the grounds. Whilst still an outdoor operation this dramatically increases the ease with which the operation can be undertaken as above all else it allows us access to mains power avoiding the need for generators or batteries. It also gets us more contact with the visitors to the Mill and allows us to build a stronger relationship with the volunteers at the Mill.

We also had some new equipment to deploy, which although it had been tested was seeing its first outing at this years first Special Event.

The morning went more or less to plan, Andy G7KNA and mark M0SKV arrived on site more or less simultaneously at 09:35 only 5 minutes behind the agreed start time. They were joined in short order by Eddie M0LJT, Joe 2E0EIC, Dave 2E0GZO and Gary 2E0HCC. The station went together as planned although the antenna took a littel longer to set up than originally planned as the opportunity to replace the wire arms of the doublet with Flexweave was taken before the arms were hoisted into place.

The station equipment was set up under a gazebo kindly provided by our hosts the Saltford Brass Mill. 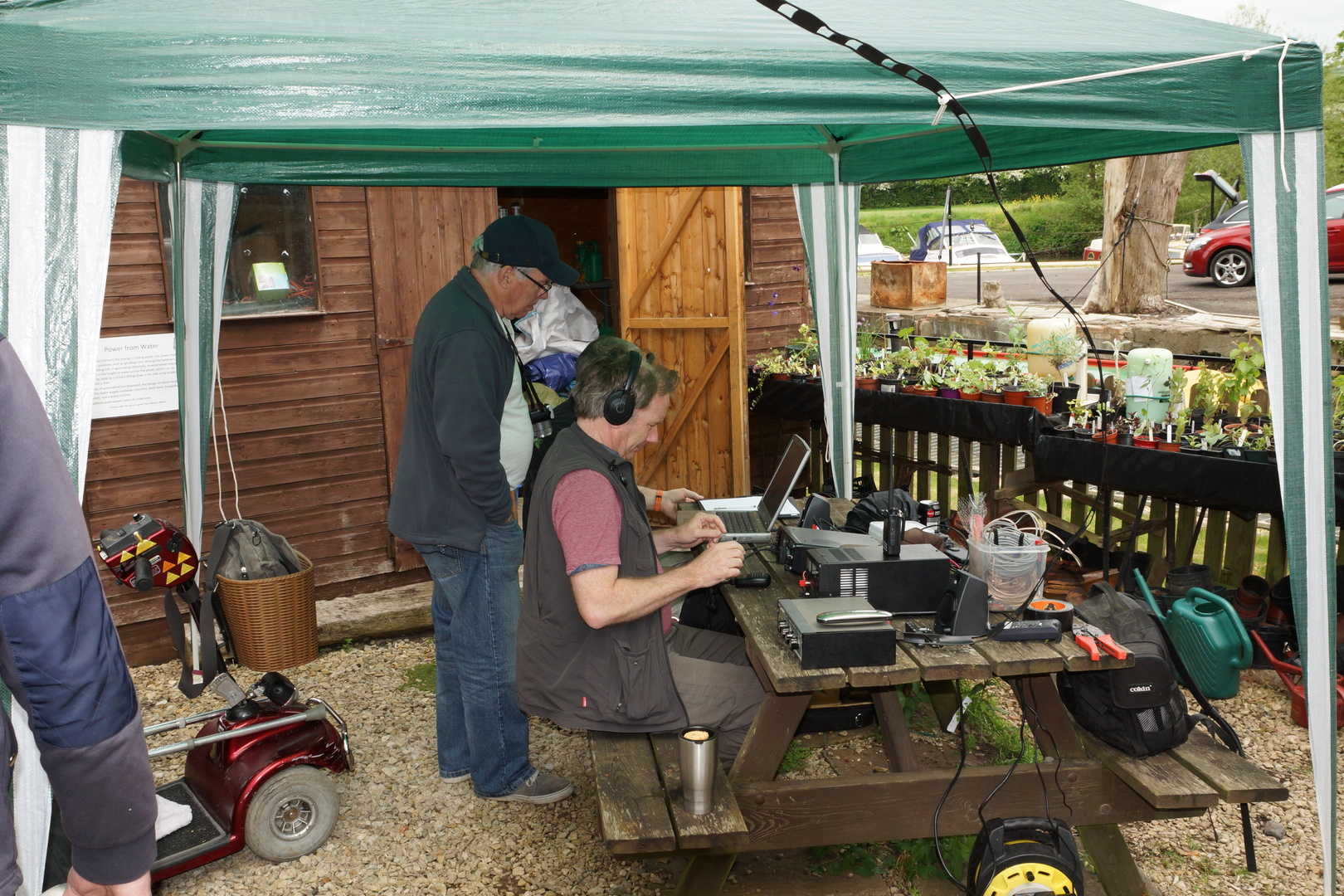 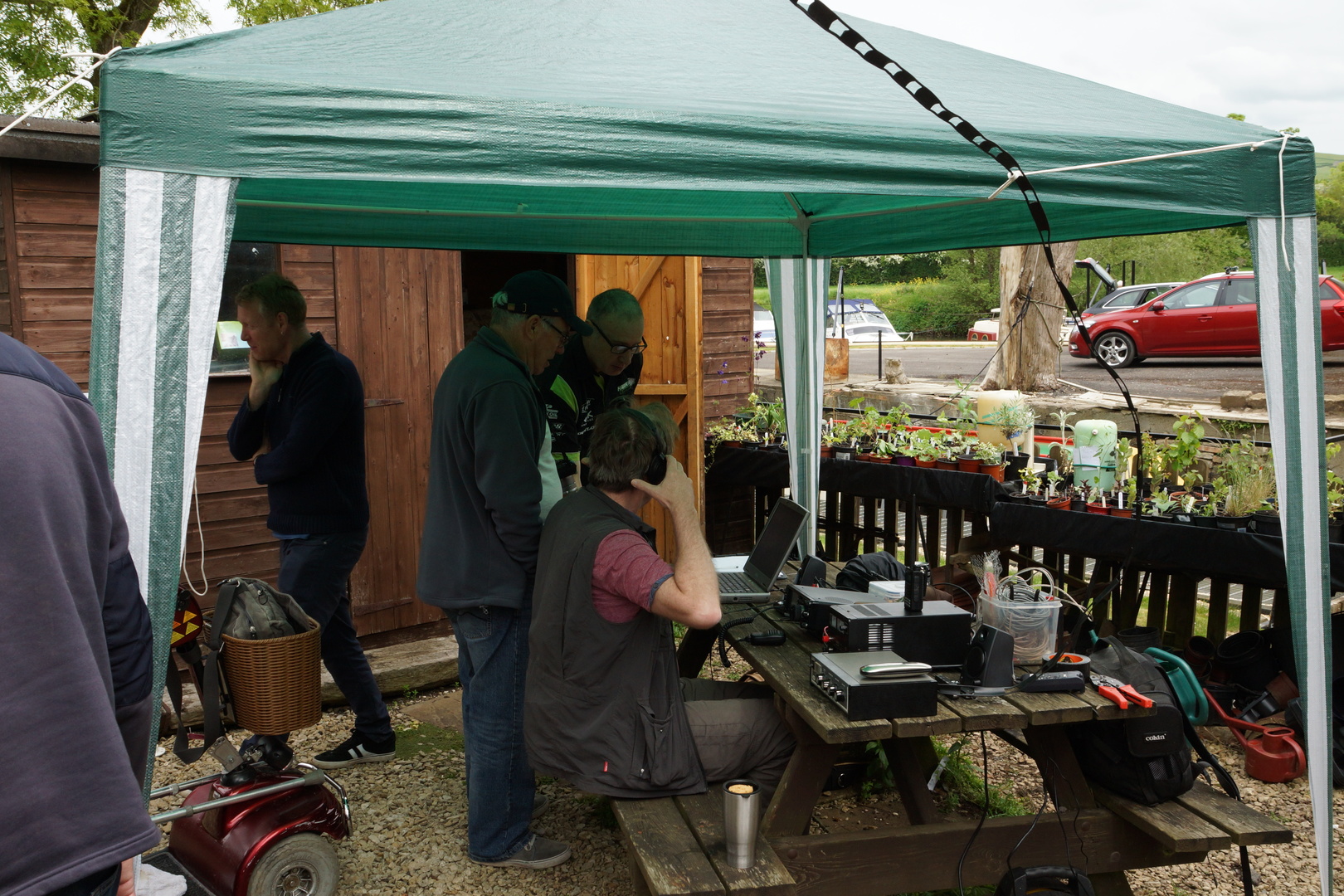 Later in the day other members joined the operation including Paul 2E0GHT, John M0JFO and Fred G7LPP. 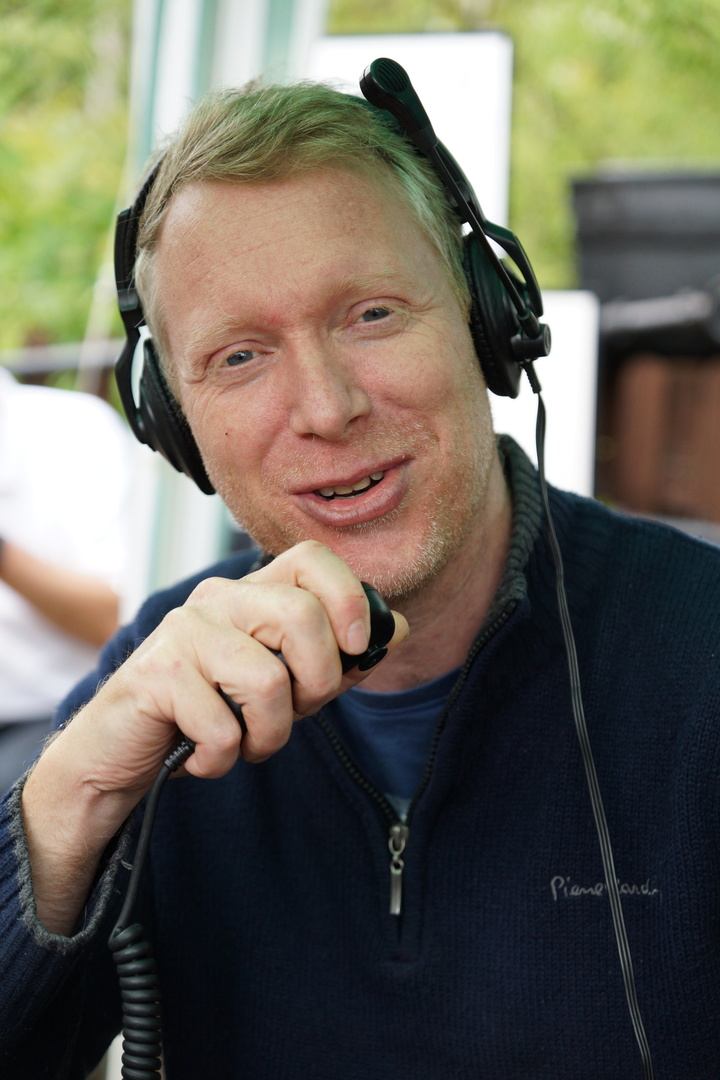 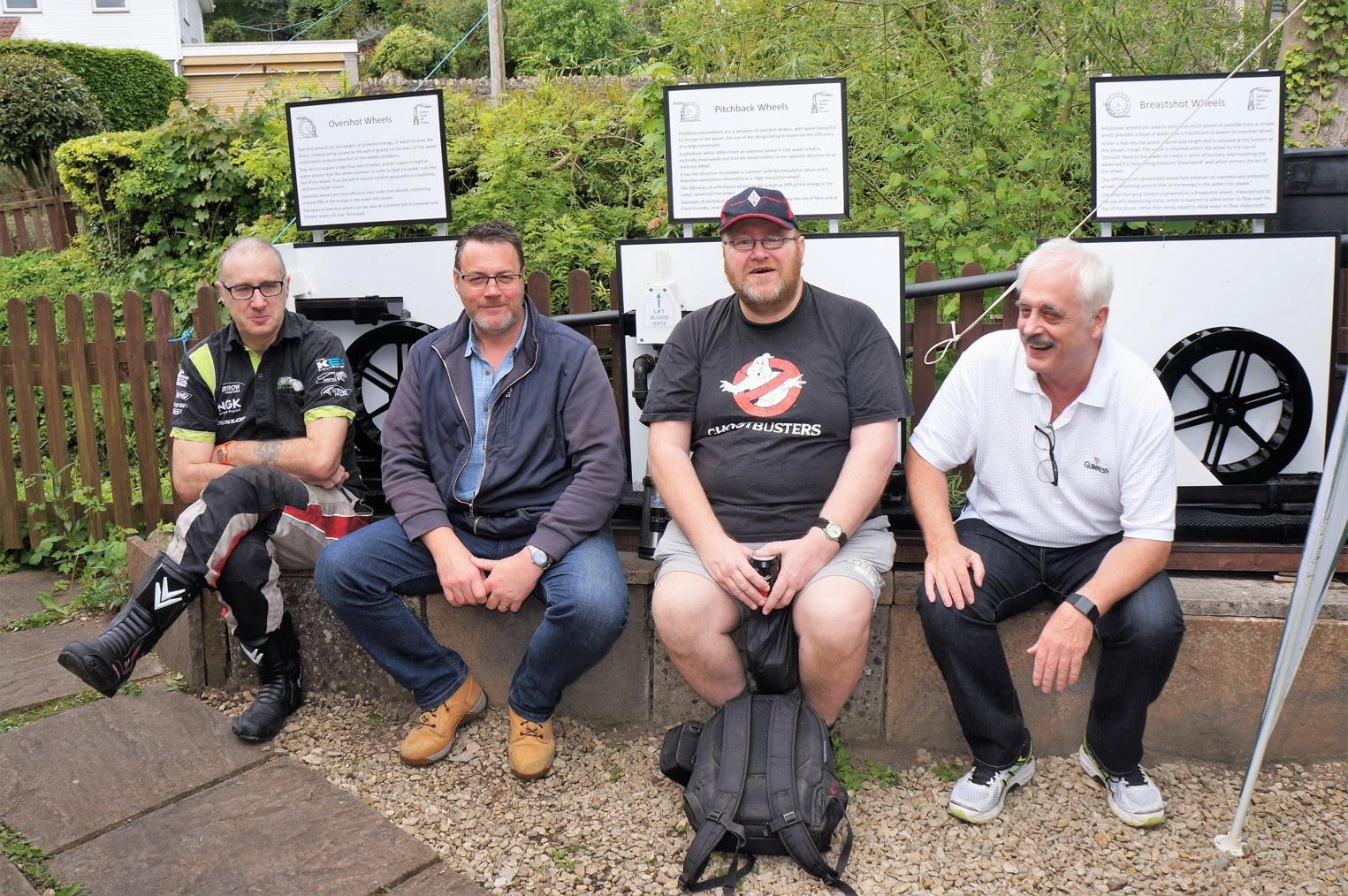 The weather favoured us with pleasantly mild conditions. Whilst many of the stations we spoke to in the east of the country were experiencing rain to a lesser or greater degree, we in the south west were lucky enough to avoid such problems. Although by no means as hot and sunny as the bank holiday weekend that preceded the Mills weekend we nevertheless had warm temperatures, overcast with occasional sunny intervals and usefully next to no wind which made our outdoor setup particularly nice especially when these conditions were coupled with the tranquil location that the Mill is situated in.

Sunday dawned fair much like the Saturday that preceded it, and truth to tell the operation started out pretty much the same way as it finished on Saturday. Mark M0SKV and Andy G7KNA, the latter accompanied by number 2 son Ken who is currently a SWL, headed to site, netting on GB3BS after listening to the GB2RS News on GB3ZB. Joe 2E0EIC had heard the conversation and also headed to the site to give a hand setting up the antenna which had been dismantled and safely stored overnight.

We were also joined by Liam 2E0LHD so although numbers were down on Saturdays attendance there were plenty of people on hand.

Having the pattern of the previous days operation we were quickly back on air, oddly starting off in the same way as we finished the previous day with a second “Pubs and Clubs on the Air” Special Event Station. 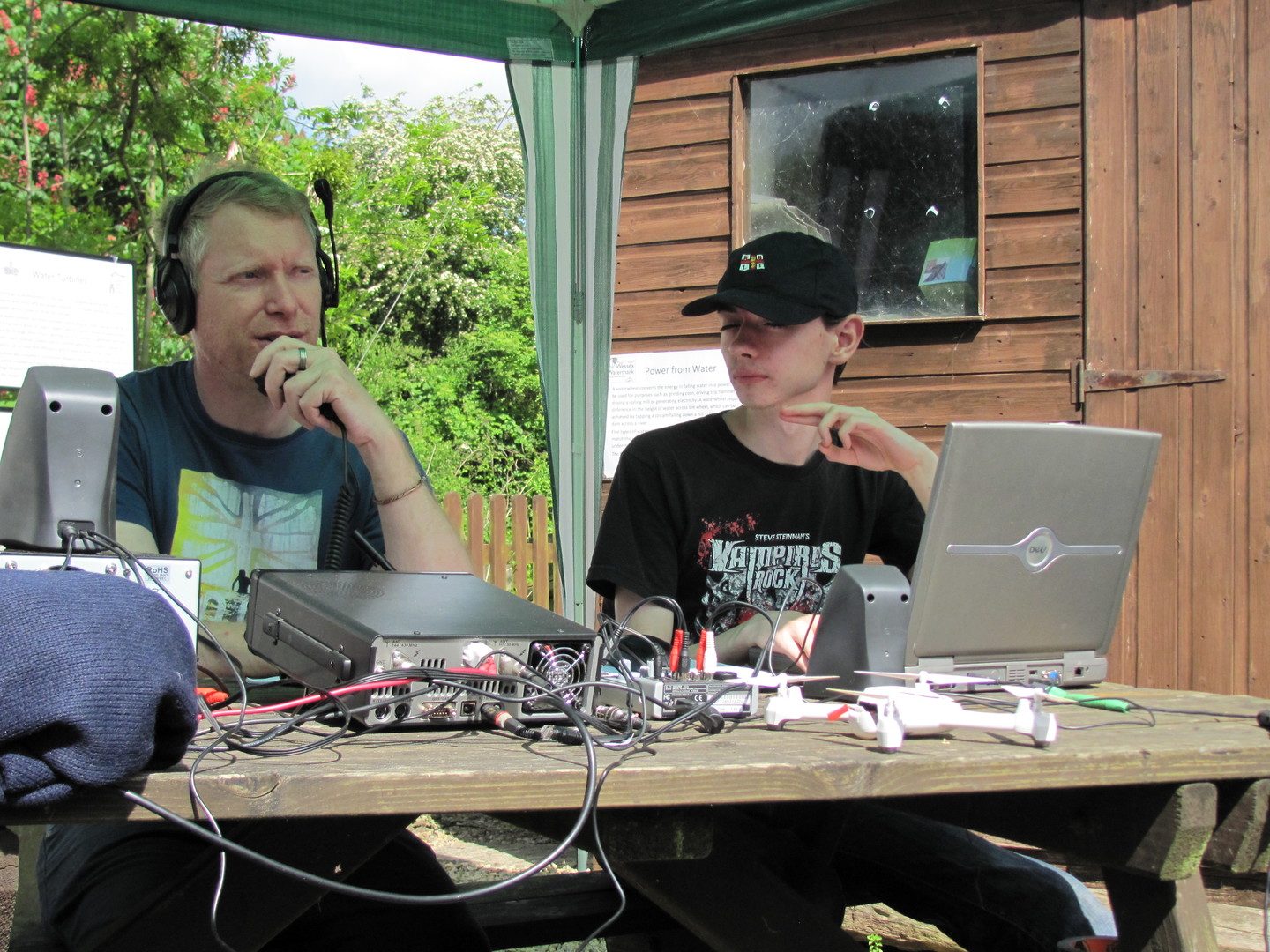 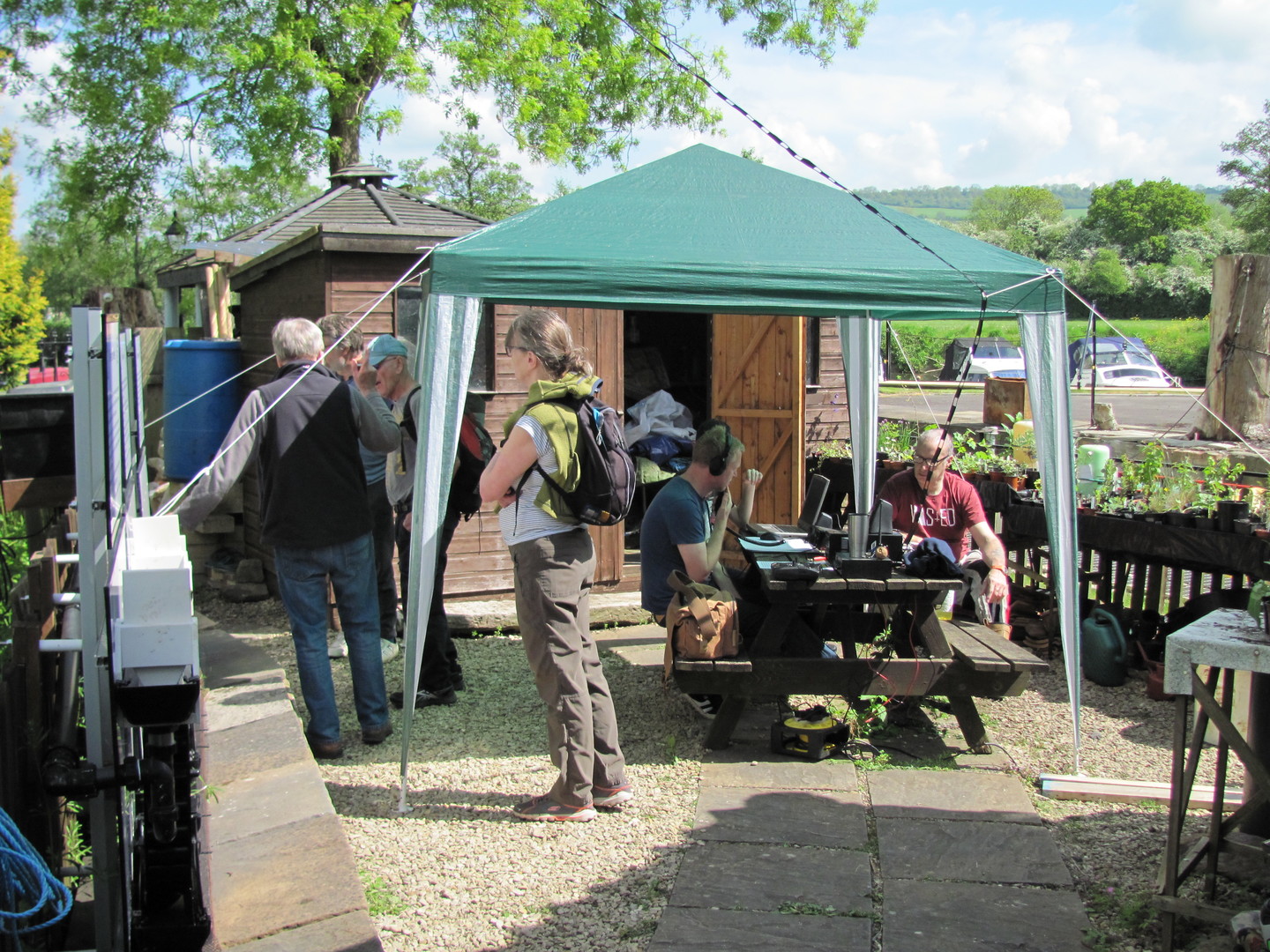 By the end of the weekend we had over 100 contacts in the log, in fact we had 64 on Sunday bringing the total for the weekend to 116 QSOs although there were a few duplicates in that count. Total Mills stations rose from 8 to 27 as we managed 19 Mills on the Sunday. 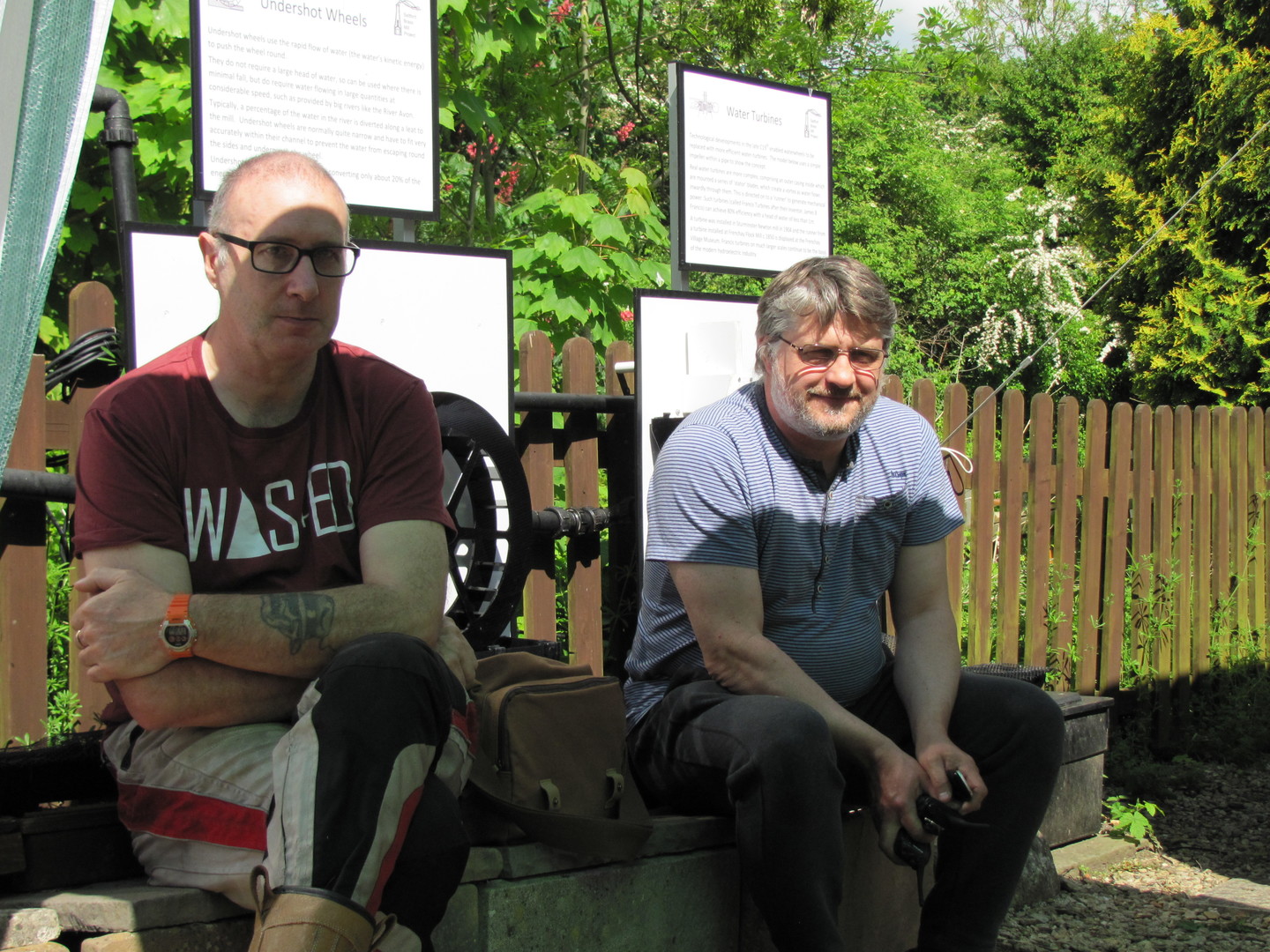 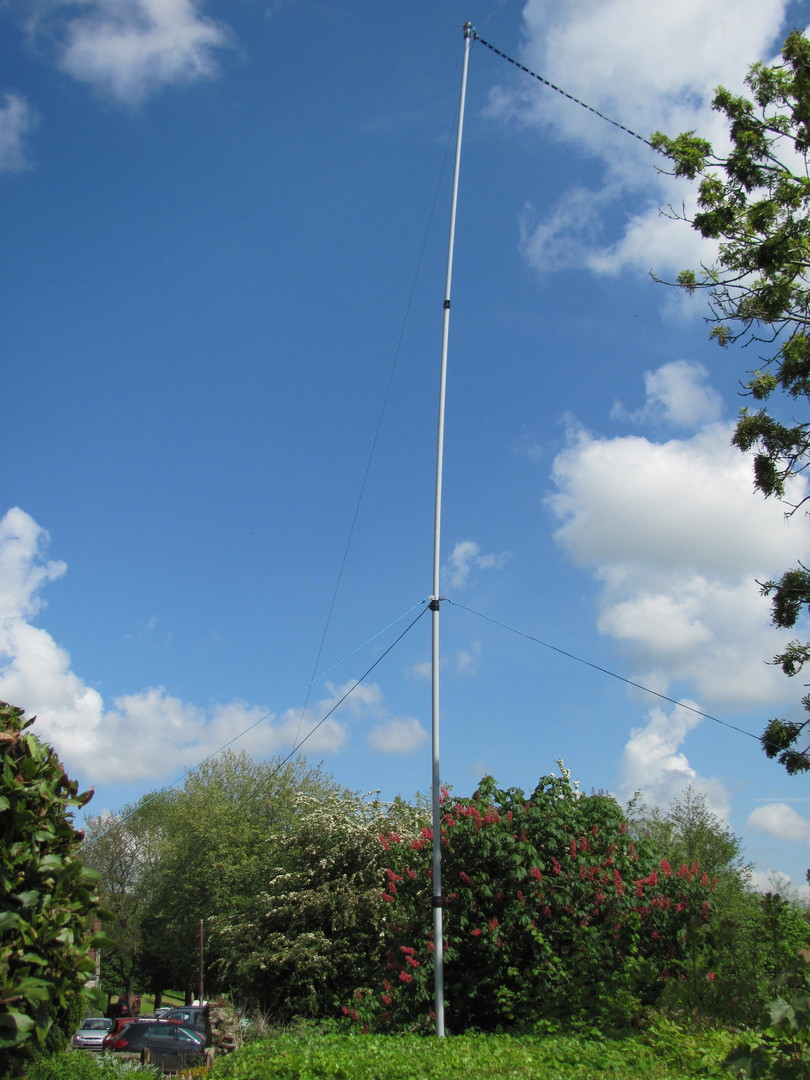 Sundays at Special Events, or certainly at our Special Events, tends to be the day we try odd things. In the past we have established second stations to experiment with other modes, which in the case of Railways on the Air resulted in an established PSK31 operation, or just mess around. This time Mark M0SKV brought a drone along and flew several flybys of our antenna; at least one of which had the correct combination of: sufficient battery, facing the correct way and available memory card with sufficient storage space to actually record the view from the feedpoint. We might even get a copy of this off him at some point to see if we can get a bit of video footage cut together!