In November 2010 we were kindly contacted by David Wright on behalf of the Somerset and Dorset Railway Heritage Trust to see if we would be interested in taking part in the 2011 Railways on the Air event from the Trusts property at Midsomer Norton South Railway Station. After taking this invitation through the Clubs committee process there was clear support for the project and we committed ourselves to taking part.

We would like to thank the Somerset and Dorset Railway Heritage Trust for inviting us to take part, especially Shirley who handled most of the Trusts side of the organisation, Colin (G4PYN) who included us on the public tours and the buffet car staff who we kept busy with teas, coffees and lunch on both days.

The event took place over the weekend of 24/25 September 2011, and we operated the Special Event station GB0SDR as one of the 34 registered ROTA radio stations. We were even visited by the local press in the form of the Somerset Guardian; you can find their photograph of the event, taken on the Sunday morning, here. 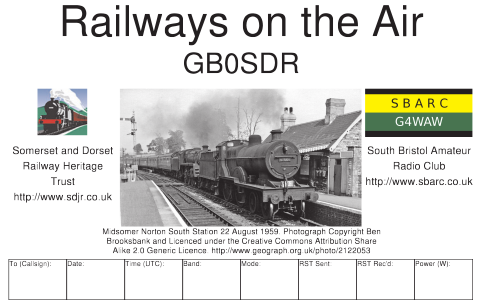 The picture to the left shows the design of our Special Event QSL card, the central photo was taken from the Geograph Project collection. See this photograph's page on the Geograph website for the photographer's contact details. The copyright on this image is owned by Ben Brooksbank and is licensed for reuse under the Creative Commons Attribution-ShareAlike 2.0 license.

The photograph was taken on 22 August 1959 at Midsomer Norton South Station, with Down express View NE, towards Bath. It shows the Somerset & Dorset Joint line (Bath Green Park – Bournemouth West). The 09.35 Sheffield (Midland) to Bournemouth West Summer Saturday express is headed by LMS 2P 4-4-0 No. 40569 piloting BR Standard 5MT 4-6-0 No. 73051 and is attacking the 8 miles at 1-in-50/60 climb up from Radstock to the Mendips summit at Masbury.

As this was our first foray into RotA and HF operations from a temporary location we worked on the KISS (Keep It Simple Stupid) principle. Our station comprised: 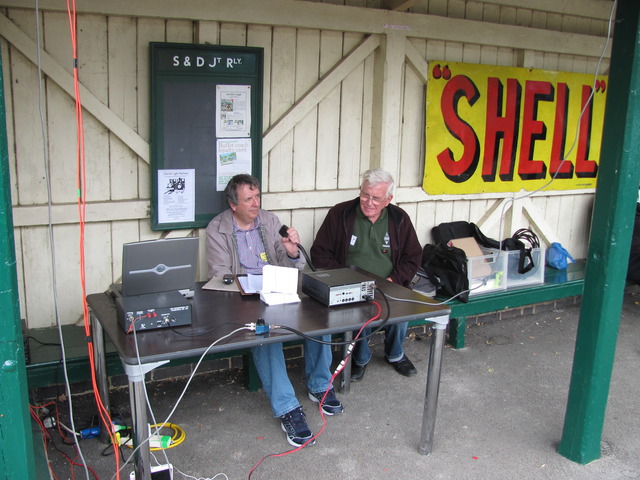 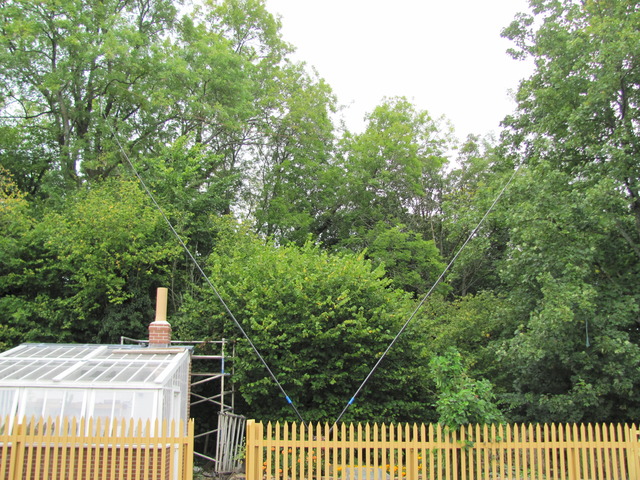 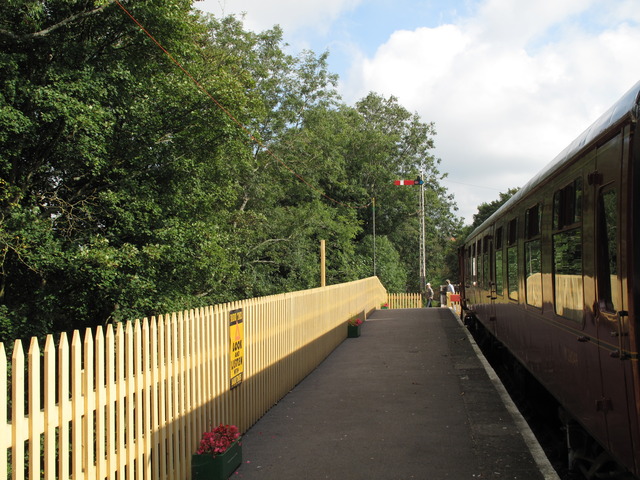 Our station was set up in the shelter on the north bound platform (a station on a station), more or less at the location from which the central picture in our QSL card was taken from. The photos above show (from left to right) our station with G0DRX operating and David Wright M0DFW/G8BKG President of HARS and life member of S&DRHT assisting, the Pro-Whip loop antenna and the long wire.

The weather over the weekend was un-seasonally fine, in fact some of the hottest days of the year were recorded around this period. We had some rain on the Sunday morning which naturally made the temperature fall but despite being outside we managed to stay completely dry. More to the point we kept the rain off the equipment. We persevered through the Sunday morning rain, which lasted about 2 hours in reality, because radio stations we were contacting in Cornwall and parts of the South West indicated that the rain front was moving East having already cleared some of the more westerly operations. Once the rain cleared the temperature quickly rose to shirt sleeve conditions.

Over the weekend we found 40m best for inter-G work. 80m was more or less dead throughout the weekend and 20m quite noisy. We contacted 67 unique radio stations over the two days in locations as diverse as: Eire, Belgium, Italy, France and Lundy Island. Of the 33 possible ROTA operations we managed to track down (no pun intended!) 16 including: Helston Branch Line, Ravensglass and Eskdale Narrow Gauge Line in Cumbria and the Crewe Heritage Centre. Our full log for the event can be found at the bottom of the page. All radio stations contacted will be sent a Special Event QSL card via the RSGB Bureau.

The photos below show (from left to right) another shot of our station setup with G7KNA operating and Colin G4PYN and volunteer at the S&DRHT observing, general interest in our station and our members ready to talk to the visitors and distribute publicity. 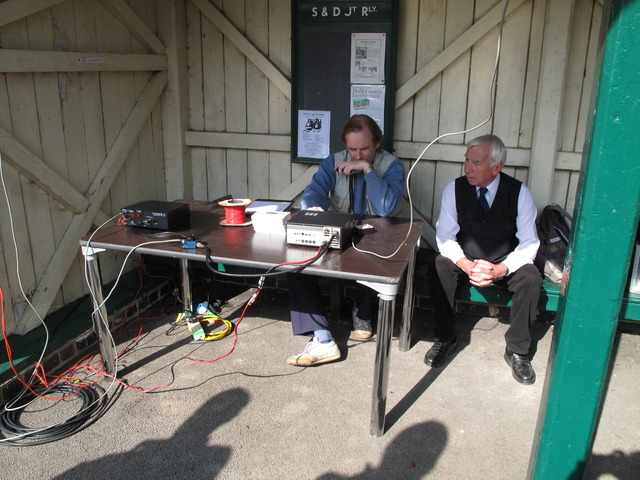 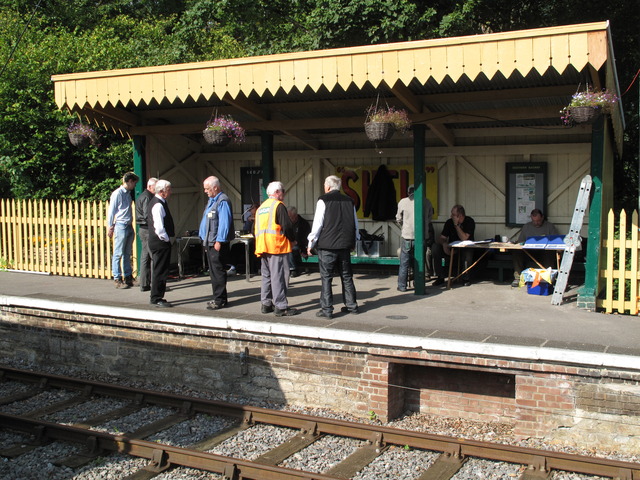 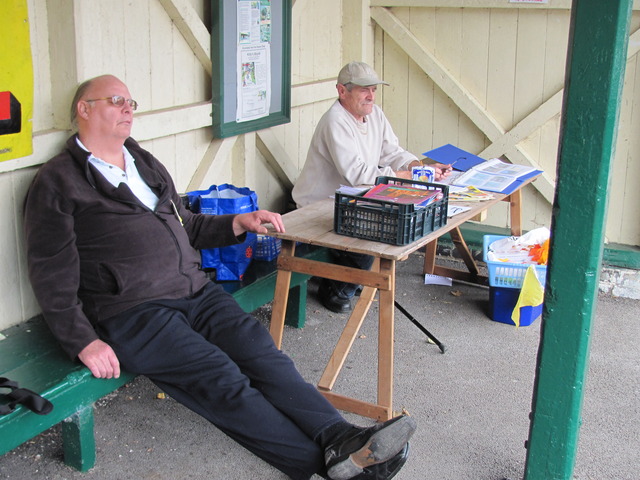 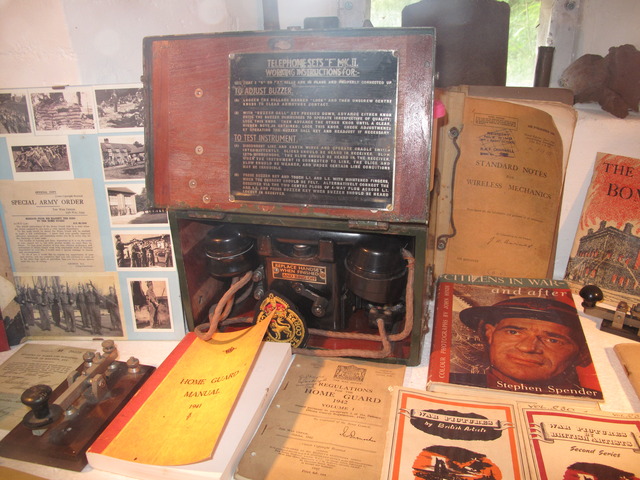 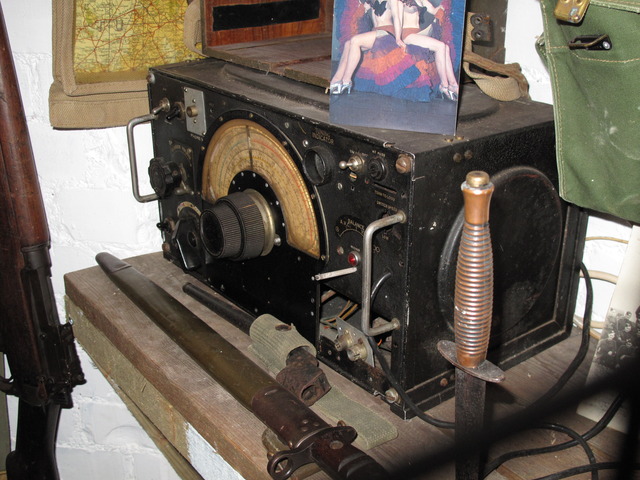 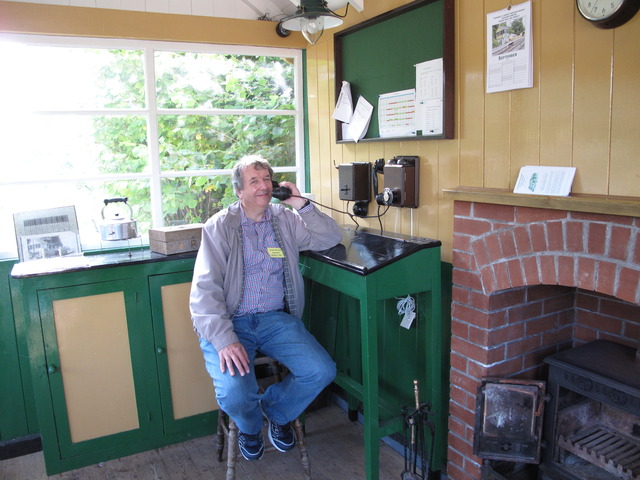 The Somerset and Dorset Railway Heritage trust have a number of interesting museum exhibits that reflect various periods in the railway and local history. The first two photos above were taken in the wartime bunker which contains exhibits from the second world war. There is no truth in the rumour that we intended to use the radio equipment as a backup. The last picture was taken inside the restored signal box which is located on the northbound platform near our operating position. 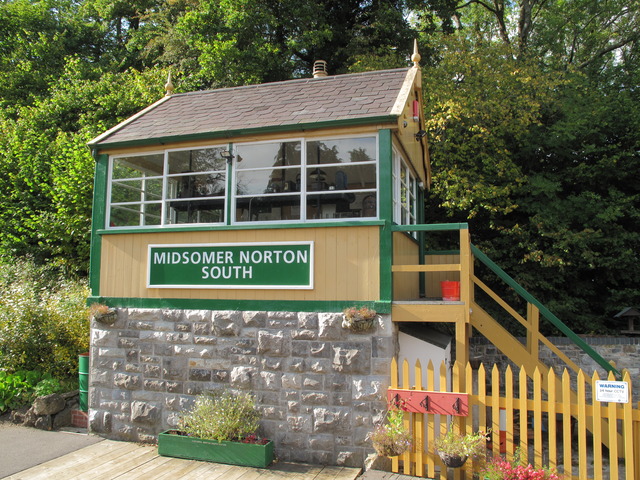 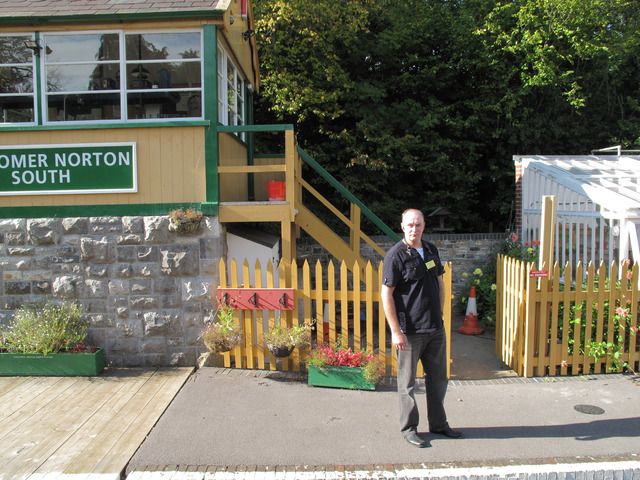 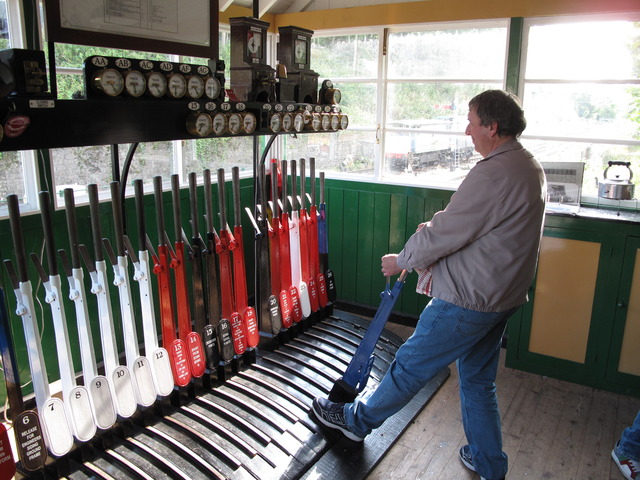 The restoration process includes the station, ancillary buildings, track and rolling stock. The Trust currently run brake van rides along the restored section of track. They need support and visitation, SBARC is proud to have been able to provide something a little out of the ordinary this year to help with publicity. 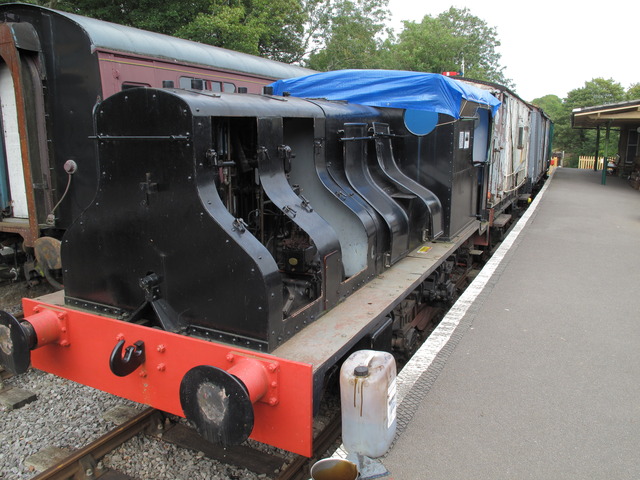 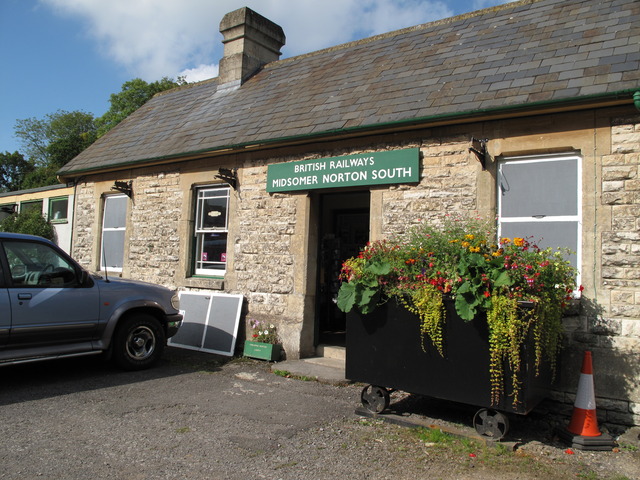 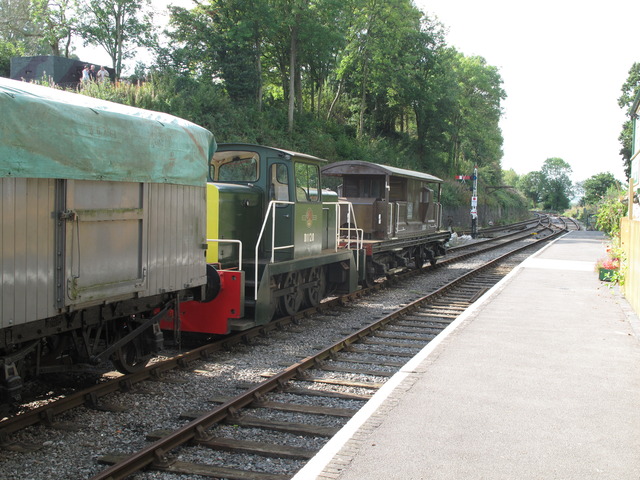 We will be issuing Special Event QSL cards via the RSGB Bureau, so make sure you have sent your QSL Manager an envelope or three.