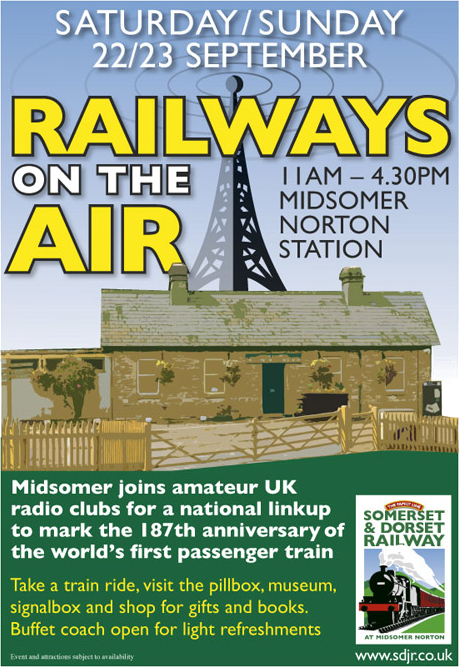 This year the Railways on the Air commemorative weekend took place over the 22nd and 23rd of September. As last year the South Bristol Amateur Radio Club was invited to operate from the Somerset and Dorset Railway Heritage Trust at the Midsomer Norton South Station

Although it was only 12 months since we had operated from here, the Trust had plainly been working hard having extended the length of operational track and acquired a Diesel Multiple Unit that ferried passengers up and down the working line. This provided a much more comfortable ride than last years brake van and was a welcome warm and dry haven on Sunday when the weather turned wet and cold.

After the obligatory search for dead bodies that are seemingly de rigeur in a town with the name Midsomer anything we decided that there was absolutely no need to contact Chief Inspector Barnaby and we got on with the serious business of putting an Amateur Radio station on the air.

Either because of last years learning experience, or because we elected to keep things simple this year and almost certainly because we had plenty of bodies on Saturday morning, setting up the station was a relatively quick 45 minutes from arrival to first CQ. The Trust had kindly placed a table in the platform shelter in readiness for us. 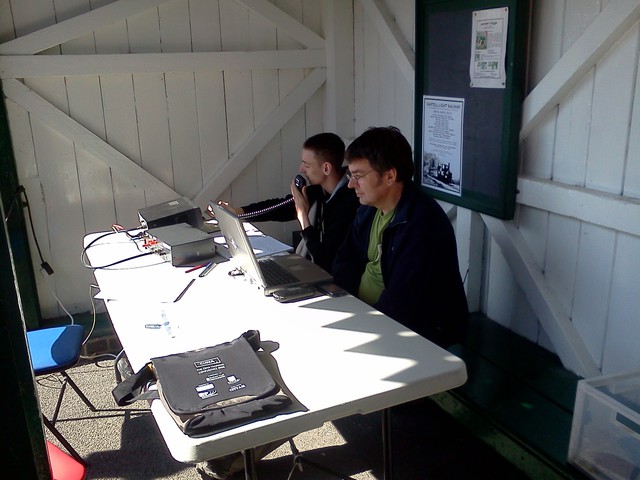 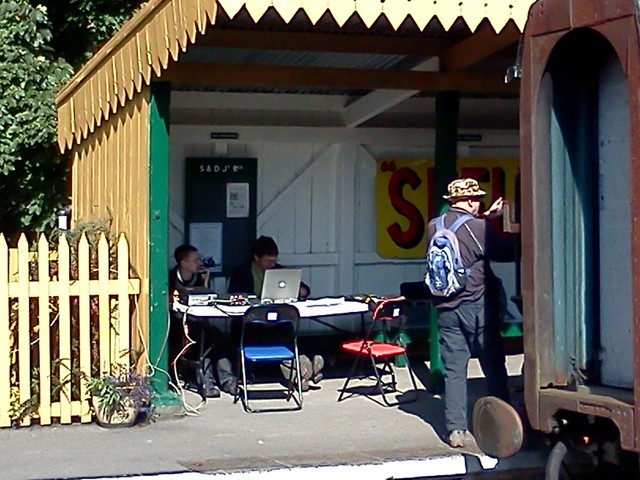 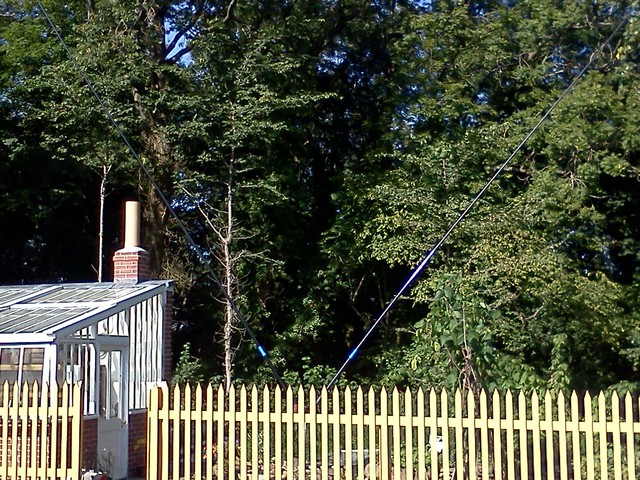 As can be seen from the photos above and immediately below Saturdays weather was fine, plenty of sunshine giving a pleasant operating environment. First contact was with GM3TKV at the Keith Dufftown Railway, followed only 3 – 4 minutes later by GB0DMR the Belfast and County Down Minature Railway. The Special Event Stations continued to roll in with GX3ERD/P operating from the Princess Royal Class Locomotive Trust. By the end of the day we had worked 53 Radio Stations with 10 of these being Special Event Stations. Overall we felt this was a good start to the weekend. 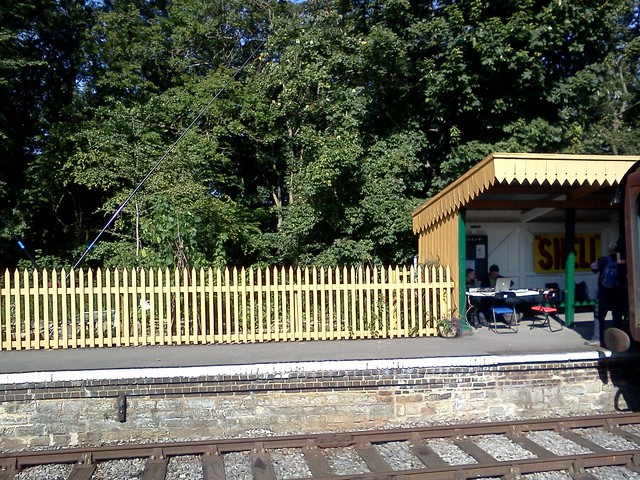 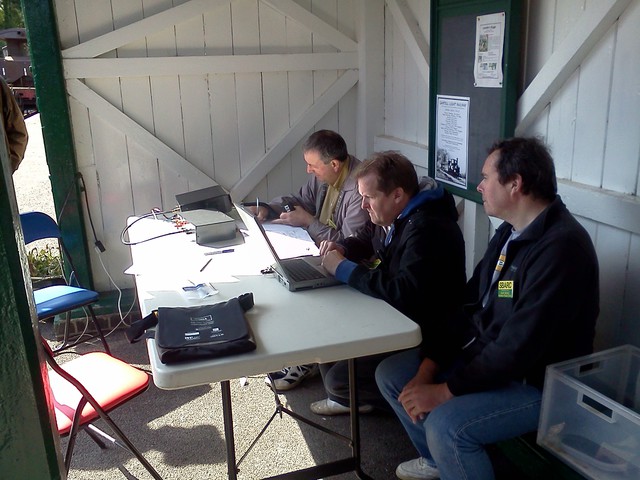 We had a number of visitors on the Saturday, many were local hams dropping by to have a look at our station and chat about things generally. We were also visited by the local paper and a few photos were taken so we may have some minor celebrities amongst our number.

Members of the club came and went throughout the day so I'm sure to miss someone or put them on the wrong day, but thanks should go in no particular order to: Fred G7LPP, Henryk M0HTB, Tom M3TWJ, Chris M6CXB, Ashley M6USP, Julian M6JCE, Peter G0DRX, Ben 2E0RCG and Dave M3JDK. 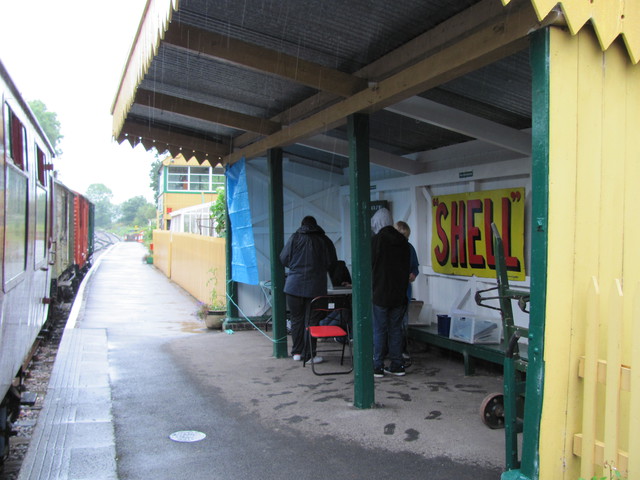 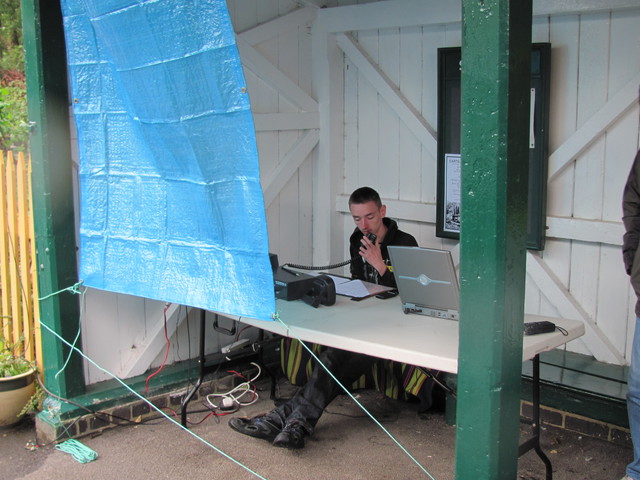 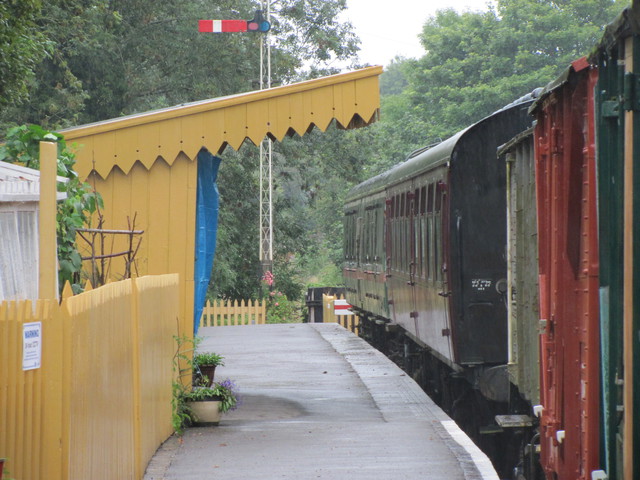 So faced with wetter and colder conditions we pressed on with the event, our only concession to the conditions being the removal of the chairs from in front of the operating table and the addition of a small tarpaulin rain/wind screen in front of the operating table. This was more to protect the equipment than the operators, after all we are real Hams and the equipment is more valuable than we are!

The event started more slowly than on the Saturday, partly we suspect because Sunday morning is often the time for regular nets and partly because we heard the HMS Belfast Special Event Station GB2RN and were keen to take our turn in the long list of stations trying to work the ship. We succeeded and GB2RN made the first entry in todays log.

We worked fewer Special Event Stations this time, Foxfield Light Railway were amongst the RotA registered stations that we bagged on Sunday morning along with the Ribble Steam Railway. We worked GW0VSW in Skewen who is the author of the HF Highlights column in Practical Wireless. Details of our event will be sent to him directly and may appear in Practical Wireless.

The last railway we worked was Bredgar and Wormshill Light Railway. The afternoon didn't end there for us however. Ashley M6USP took the mic for the closing hour of the event. He is a new operator having passed his Foundation Licence with the club only 6 months previously in February and had very little HF experience under his belt. Initially a little apprehensive he quickly warmed to his time on the mic and was welcomed by many stations. In fact when it became apparent that he was a new HF operator it seemed as though stations made an effort to work us and he found himself the target of a small pile-up which was quite daunting although he handled it very well. It was great that so many stations took the time to queue up and work us during the last hour of our operation. 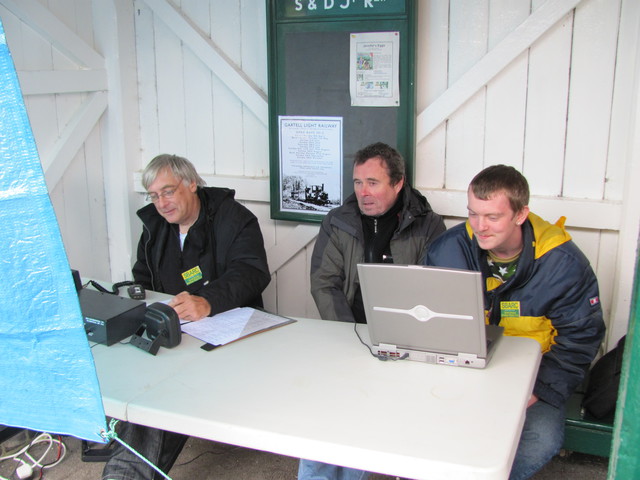 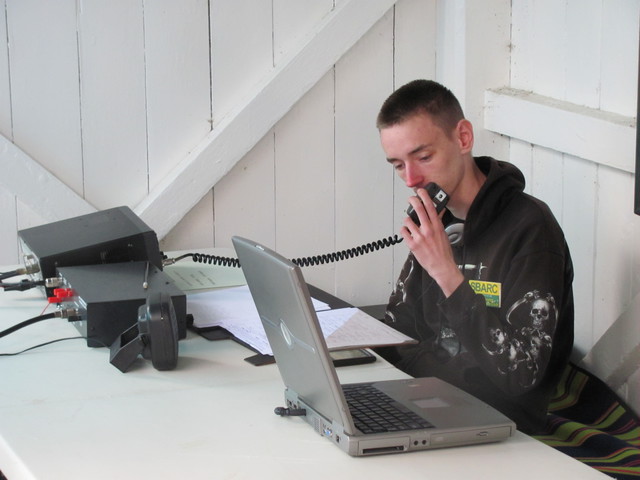