On Saturday morning members of the South Bristol Amateur Radio Club were stirring and preparing for a weekend of operation from the Somerset and Dorset Railway Heritage Trust in Midsomer Norton. Naturally some stirred earlier than others, Mark M0SKV for example lives only about 4 miles from the Trust and therefore had less travelling than say Martin M0JEA or Andy G7KNA who was hindered by the fact that his normal route had been closed for roadworks and the signposted diversion took him through the wilds of deepest darkest Somerset. Convinced he could hear banjos twanging he steadfastly pushed on until rejoining civilisation at Midsomer Norton.

Mark M0SKV, Martin M0JEA and Andy G7KNA were joined by Paul 2E0GHT who had travelled the 6 miles from his home QTH to offer support to this endeavour.

The setup followed the pattern of recent previous years. We were allowed to occupy the carriage next to the buffet car which provides a dry, warm, lit and powered position with tables and chairs to set up both the SSB station and the data station. These stations comprised: 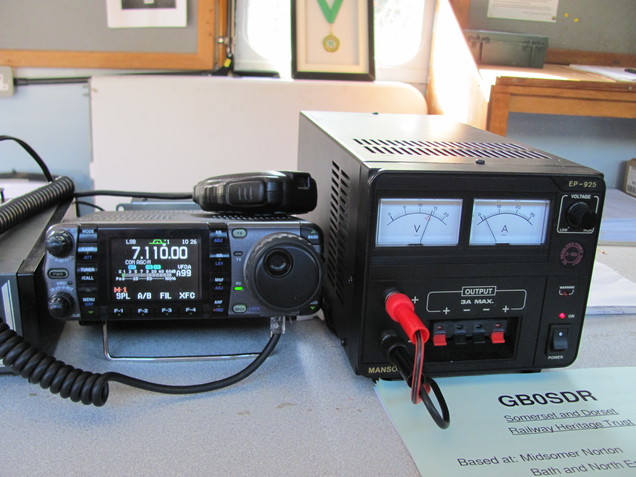 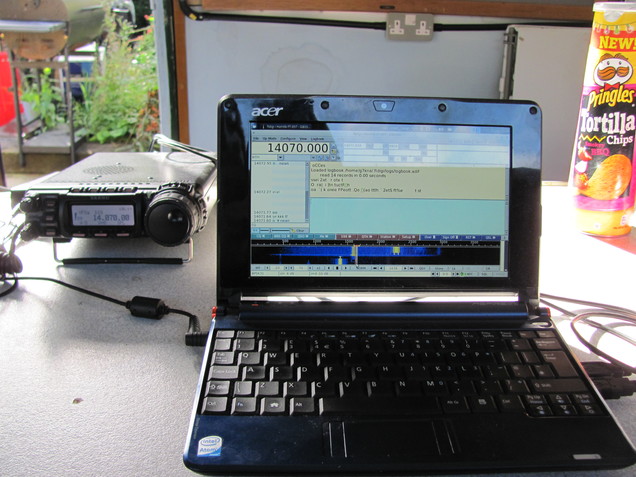 Antennas can often be a challenge at Special Event stations where often there can be limited space, height restrictions or a lack of anchor points. The Somerset and Dorset Heritage Trust site is blessed in this respect, they have ample open space that is not immediately in the way of the public and plenty of opportunities to anchor the legs of horizontal antennas to.

We have found horizontal antennas, when they are possible and practical, offer good general performance with low noise floors, this year we erected 2 antennas, one for each station. The SSB station was connected by twin feeder to an 80m doublet in an inverted vee configuration with the centre supported on a telescopic mast. The data station was fed by coax via a balun to a 20m half wave dipole which was suspended from the same mast as the doublet, all be it slightly lower for practical rigging reasons, and rotated 90 degrees to the doublet. This meant that the doublet was orientated east-west giving best radiation north-south whilst the half wave dipole was orientated north-south giving best radiation east-west. Given that we were looking for inter-G on 40m/80m for the SSB station whilst knowing that the data station would be operating 20m into Europe mainly this seemed a good arrangement. 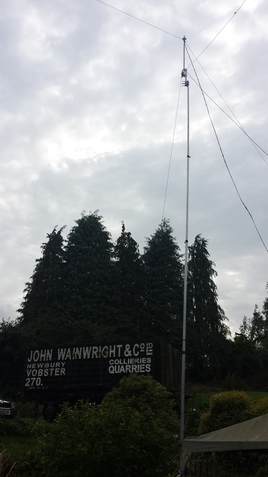 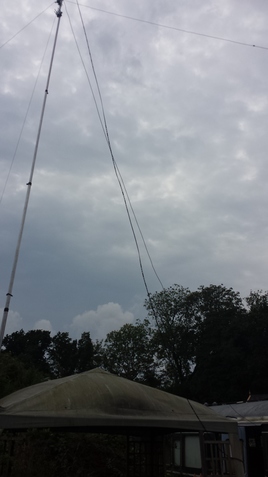 This year we put both stations on air for both days, in previous years the data station had been something of an experimental setup, although the data station was periodically unmanned as duties such as photography, videography, conversations with the visiting public and of course the obligatory buffet car runs took precedence over operating! 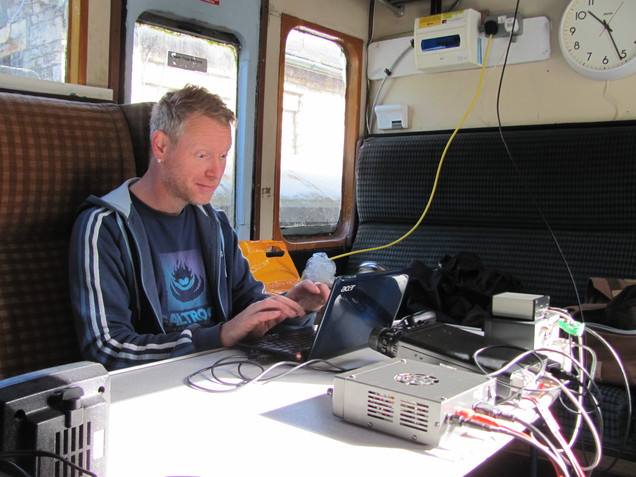 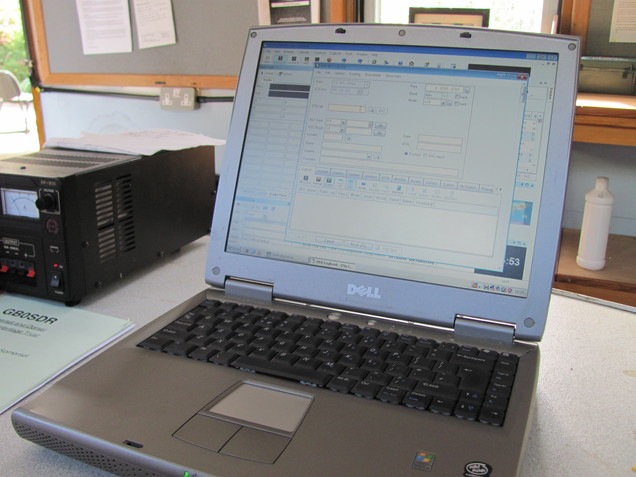 The weekend went very well, there was interest in what we were doing and although Sundays weather included some periods of intense rain there was good turn out and activity both locally and on the bands. 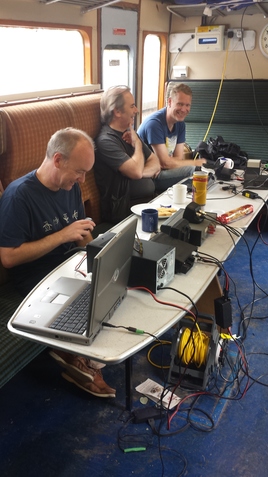 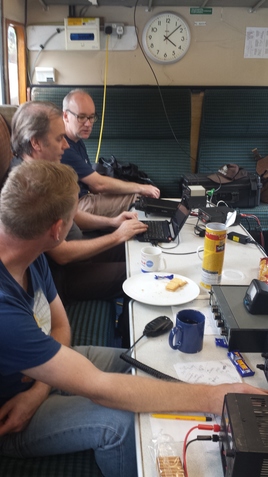 It is difficult to pick out the QSO of the weekend given that we worked so many, on PSK without a doubt this award should go to Giovanni IN3GNV who we have worked before both from GB0SDR and from Lundy Island as GB2BLE. His insistence on operating in English via the keyboard without a single macro has to be unique amongst PSK operators and is most refreshing. Working Dave M0DFW was socially important; Dave is a member of the Somerset and Dorset Railway Heritage Trust although having moved from the area he is no longer able to attend. Despite this he was instrumental in introducing us to the Trust in 2011 and we have operated from here each year since then. Catching up with Mike F5VIG who is a former member of the South Bristol Amateur Radio Club now living in France was nice and of course the Battle of Jutland centenary station isn't something you can work every year. 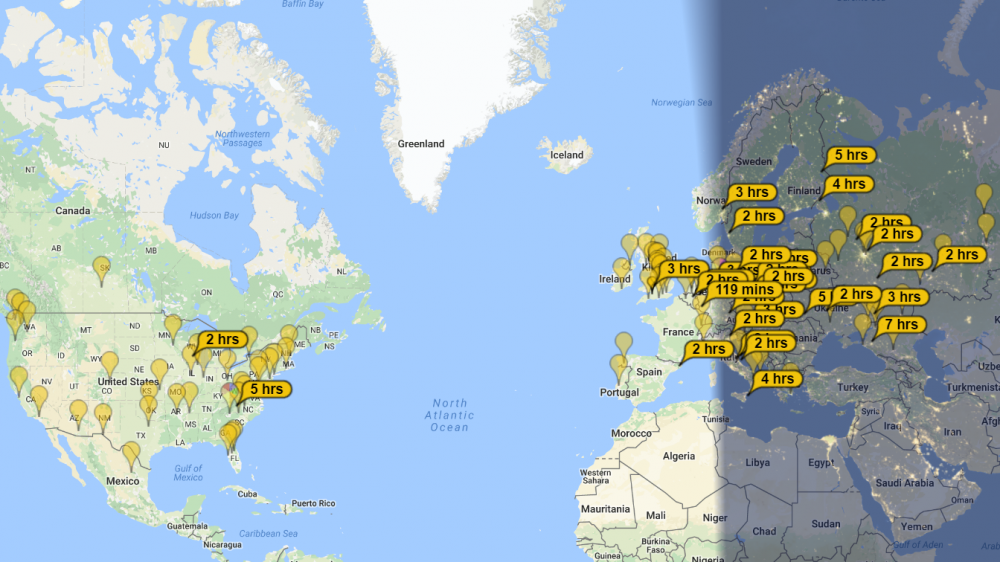 We hope to be back in this event next year and look forward to meeting you in person or on air.