Late September and we return, once again, to our good friends at the Somerset and Dorset Railway Heritage Trust in Midsomer Norton. Saturday is the big set-up day, as we have to put the antennas up as well as establish the stations within the operating carriage.

Mark M0SKV, Andy G7KNA and Julian M0JCE established antennas in the upper car park area. the choice of antennas followed the patterns of previous years and other Special Events with our, by now ubiquitous, 80m doublet fed with 450Ω ladder line. A deviation from previous years was the addition of a Hustler 4BTV 4 band vertical which was used by the data station on 20m.

In the carriage the SSB station comprised:

This was resolved by re-siting the vertical antenna and increasing the separation. 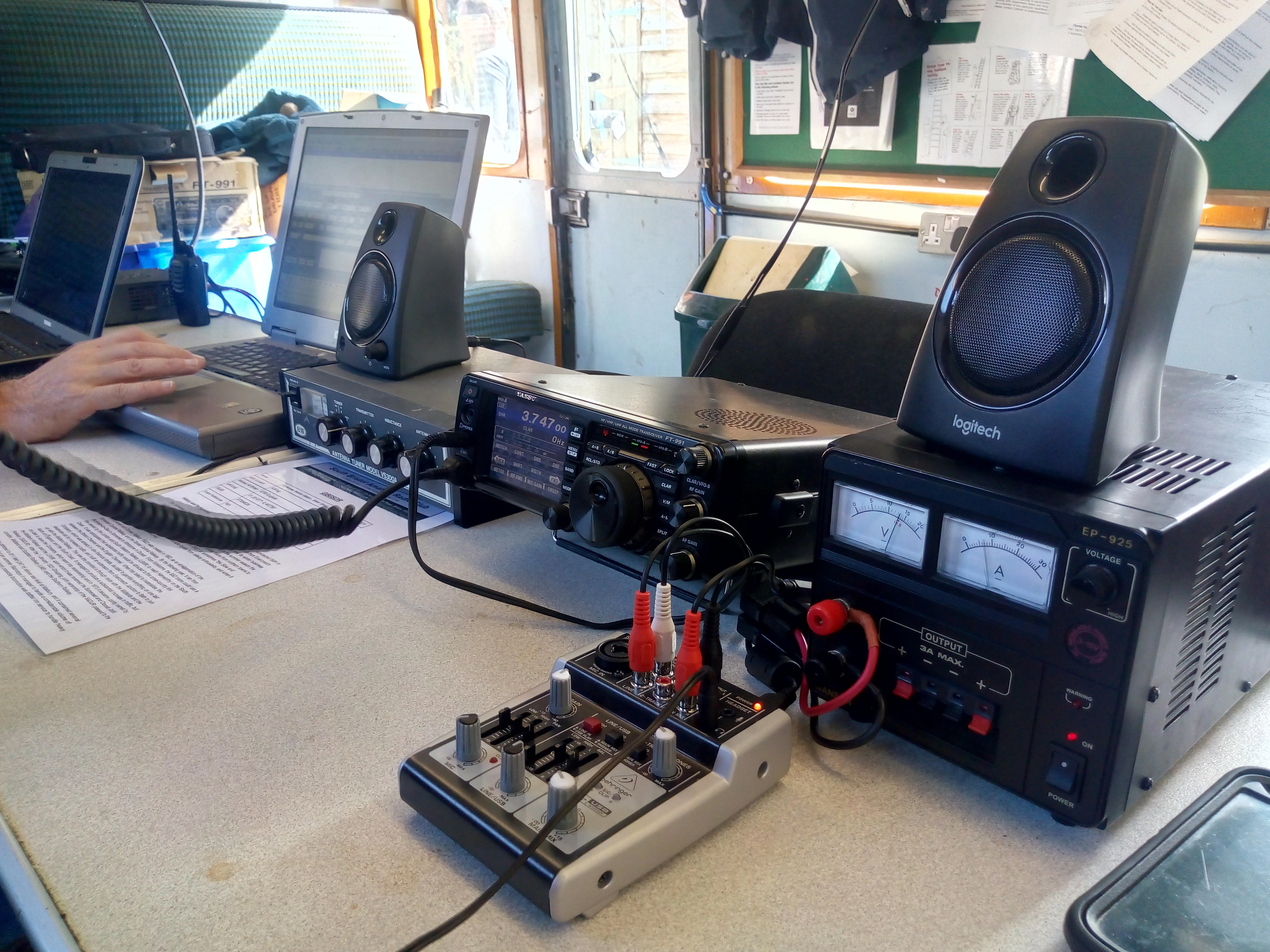 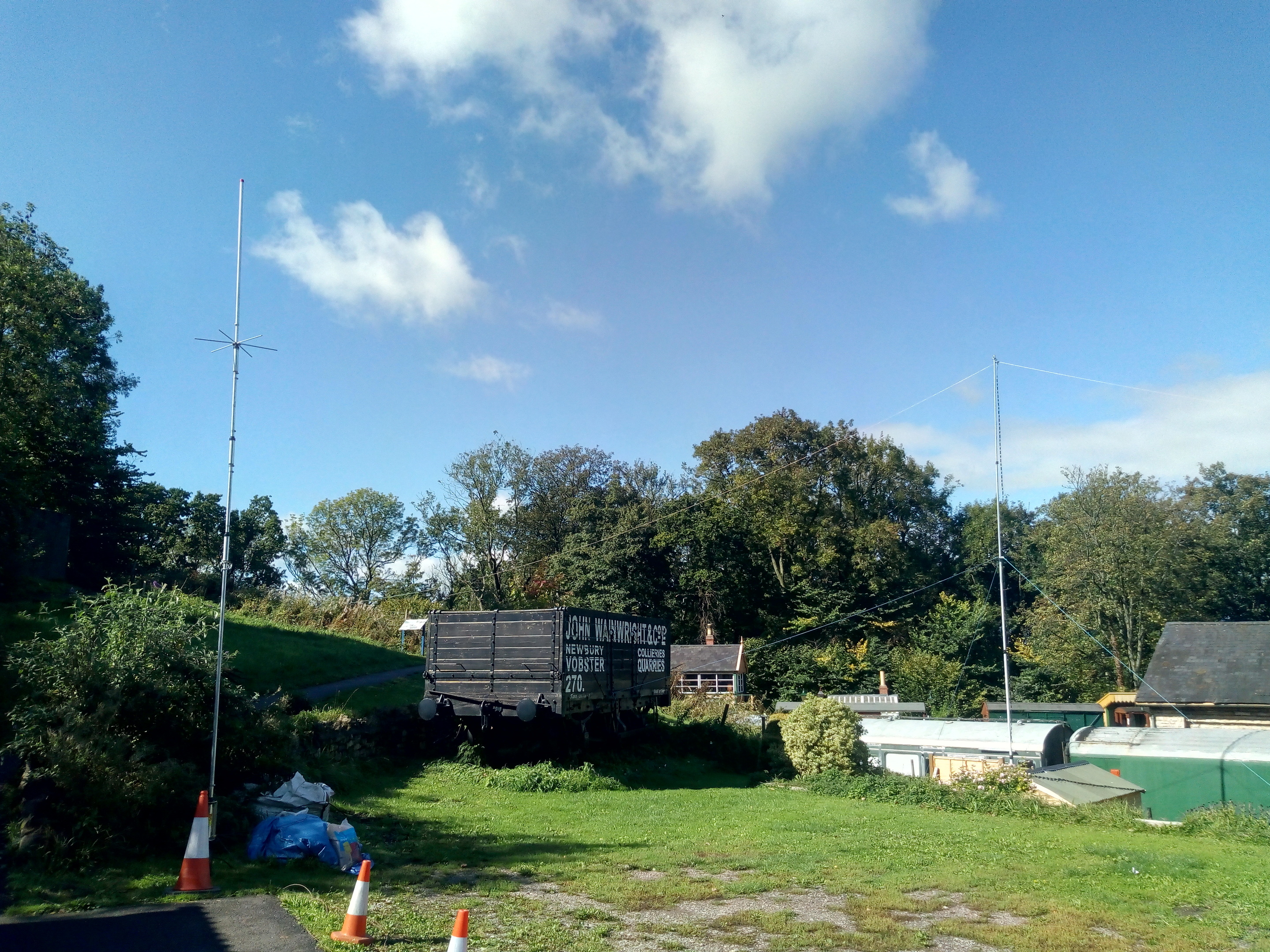 The setting up was more or less straightforward, the SSB station was on air first working 80m and with inter-G propagation behaving itself quickly ticked off a number of contacts before a QSO with the Bluebell Railway in Sussex got our count of participating RotA stations off the mark.

Working at a considerably less frenetic pace the datamodes station on 20m also started to make QSOs. The advent of FT8 has clearly drawn operators off of PSK and similar modes and into the realms of the 90 second strict form QSO. Data-mode QSOs have always, with a few exceptions, been very formulaic with a reliance on standard macros which are seen time and again word for word but at least PSK31 and similar modes have the ability to go off script when required to as was demonstrated by our QSO with IN3GNV. FT8, by contrast, does not possess this flexibility at the moment, and whilst many report fantastic numbers of contacts in a short space of time with exotic locations using FT8 it is unclear exactly how much they have gleaned about the other operator, their country or culture. It is perhaps to be expected in the day of “59 QRZ” style SSB contacts that FT8 would prove popular but is it really in the true spirit of amateur radio? Time will undoubtedly tell how enduring this method of communication is outside of the necessary reliable transfer of weak signals in poor conditions, although future alterations to the format to provide greater flexibility will undoubtedly improve the mode.

Despite this a number of PSK31 and PSK63 QSOs were achieved into Europe on 20m, particularly enjoyable were the QSOs with Kurt OE1KYA in Vienna who followed up with a number of truly lovely photos of Vienna sent by e-mail and another QSO with Giovanni IN3GNV who we have worked in previous years. 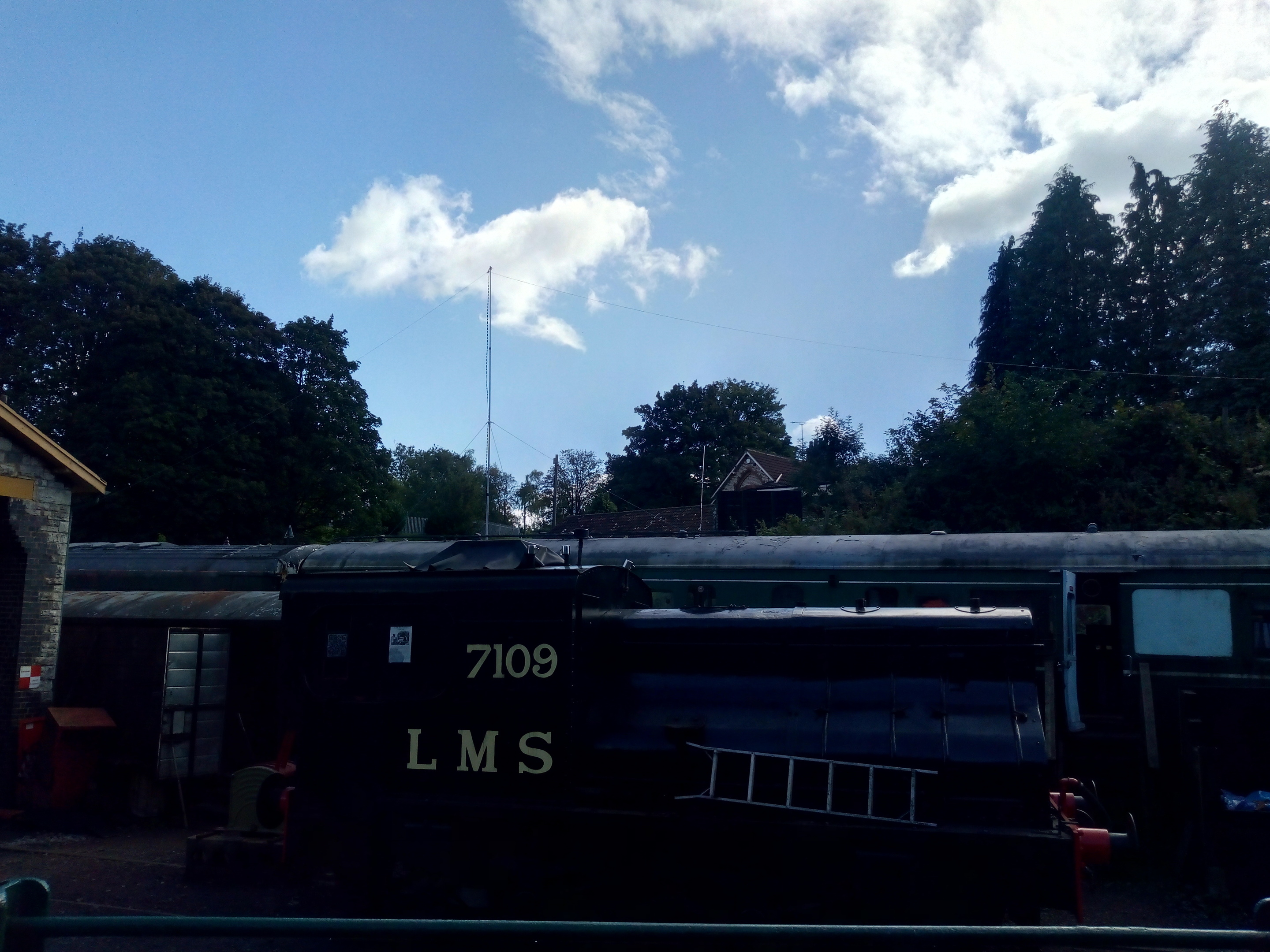 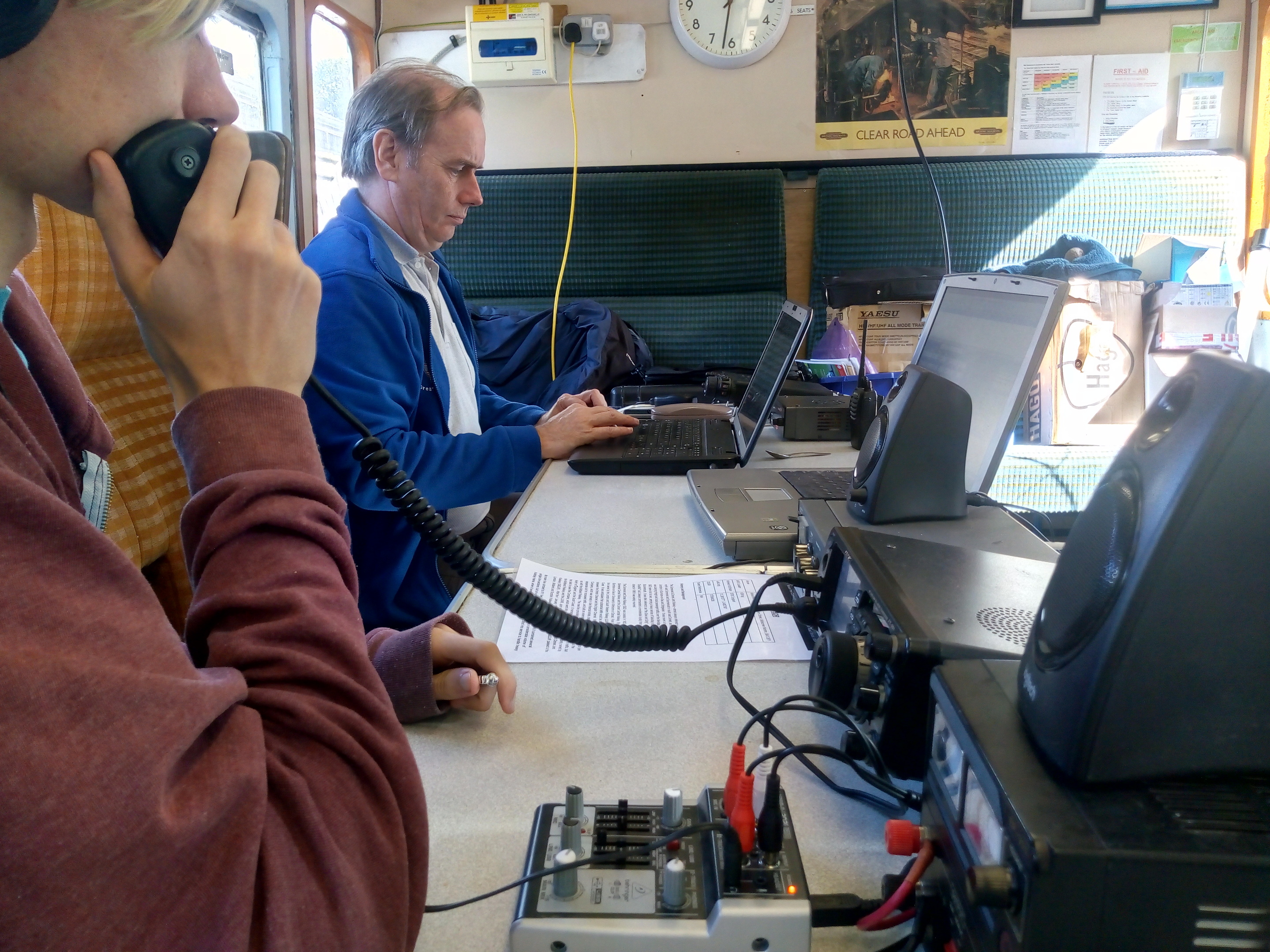 Sunday saw a few changes to the operating crew. Ken, one of our Foundation students, joined us as did Vince who was visiting from Scotland. The format of the day continued in the same vein as Saturday, and by the end of the weekend we had made 131 contacts including 16 (38%) of the participating 43 (42 discounting ourselves) Railways on the Air operations. 15 (11%) out of the 131 QSOs were made using data-modes.