We’ve been undertaking our Special Events for a number of years now and have gradually fine tuned our equipment and setup over time. Railways on the Air is one of our favourite events and the only one where we regularly operate both SSB and Data. In the future our data might have to be FT8 in place of our preferred PSK as the number of PSK operators appears to have diminished since the advent of FT8, time will tell if this switch is permanent or not.

This year we used:

We can’t describe a Special Event in 2020 without making reference to the COVID-19/Coronavirus pandemic. The conditions under which the Club has had to operate for the bulk of the year are unlike any that have been known in living memory, and the living memory of some of our members is very long! Usually the final Special Event of the year for us this year with everything ahead of it having been cancelled or drastically altered by the restrictions we found ourselves in the position where this years Railways on the Air event was both the first and the last Special Event of the year.

We took sensible precautions, members of the Club who are in vulnerable groups or whose households contain people in vulnerable groups did not attend, we met with the Trust before the event and agreed limits on the number of people and other measures. We were only on site on a non-public day to limit the overall number of people on site and in fact we only had three people on site from the Club and one from the Trust when opening up or locking up. Within the carriage that we were allowed to operate from we maintained such distancing as was operationally practical and sanitised microphones and keyboards when different people operated. 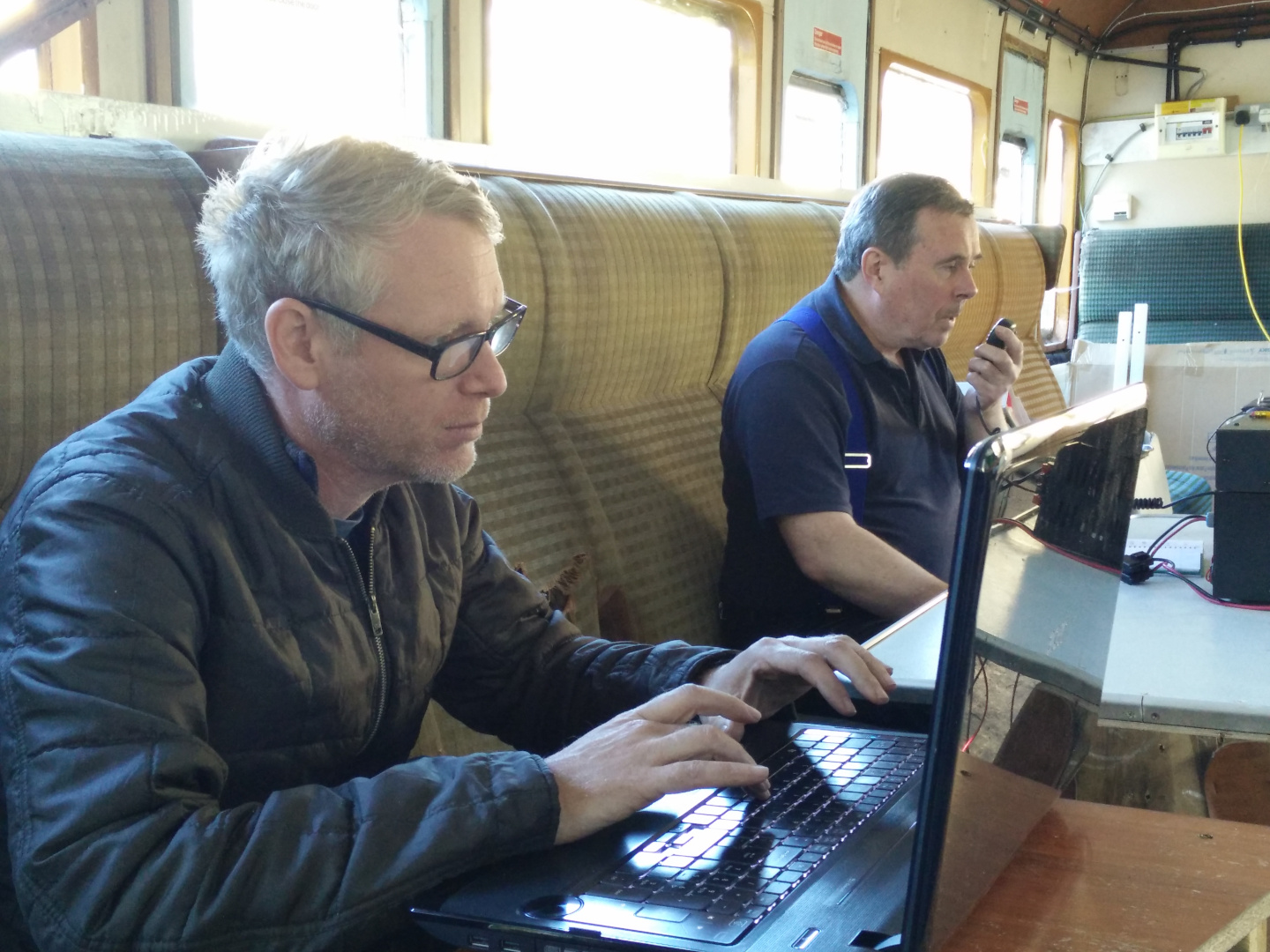 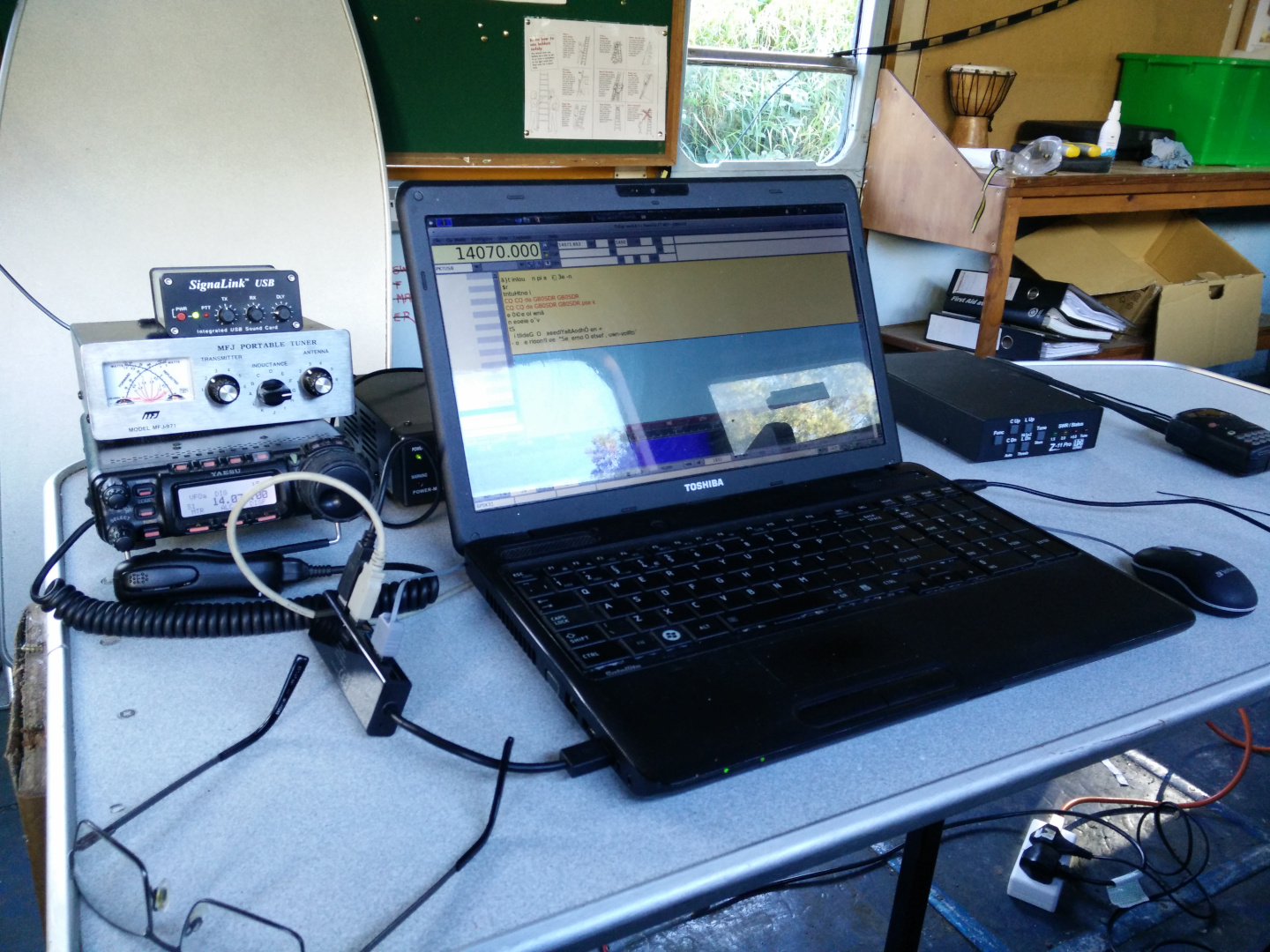 The day started when Mark M0SKV and Andy G7KNA got to site around 09:30, well that is Andy G7KNA was on site by 09:30 but Mark M0SKV was delayed because in order to get to sleep the previous night he had put in earplugs to reduce the disturbance from a neighbours party meaning that he didn’t wake when his alarm went off and overslept, which explains why repeated calls for M0SKV by G7KNA on the local repeater went unanswered during the drive to site.

Once Mark M0SKV arrived the antenna errection could begin, and the two were joined by Chris M7CSL arrived and was able to lend a much needed hand putting up both the 80m doublet and the 20m delta loop antenna as well as setting up the 2 stations within the carriage.

There were one or two problems, nothing major but it dealyed both stations getting on air. A glitch in the logging software where each keystroke was duplicated as two characters had to be resolved and was traced to IBus which had possibly been installed on the Club laptop when a ZOOM client was added. Removal of IBus (and ZOOM) followed by a restart restored normal keyboard entry and coincidentally seemed to fix a database error in the log at the same time although there is no reason why it should have achieved that.

Once the two stations were operational it was noted that transmissions on 80m SSB were causing the 20m data station’s MFJ Z-11 automatic ATU to retune, separation of the feeders reduced but did not resolve the problem and ultimately the original Auto ATU was replaced with a manual ATU. For a short duration operation the issue could be tolerated, but there was obvious interaction so we might have to review antenna locations next year.

80m SSB activity was reasonably constant throughout the day with a number of the stations we worked thanking us for putting a Special Event Station on. 35 clubs or individuals had registered to participate in Railways on the Air this year which is understandably down on 2019, although how many actually operated given the pandemic and the imposition of local lockdowns in some parts of the country is unclear.

PSK31 activity was very sparse and only a handful of PSK contacts were made and unfortunately a syncronisation error between logs resulted in the loss of the recorded contacts, we’ll fix that for next time.

In the afternoon, Chris M7CSL had to get to a prior engagement and left but was replaced by Julian M0JCE who operated through the afternoon and helped with the dismantling of the station. 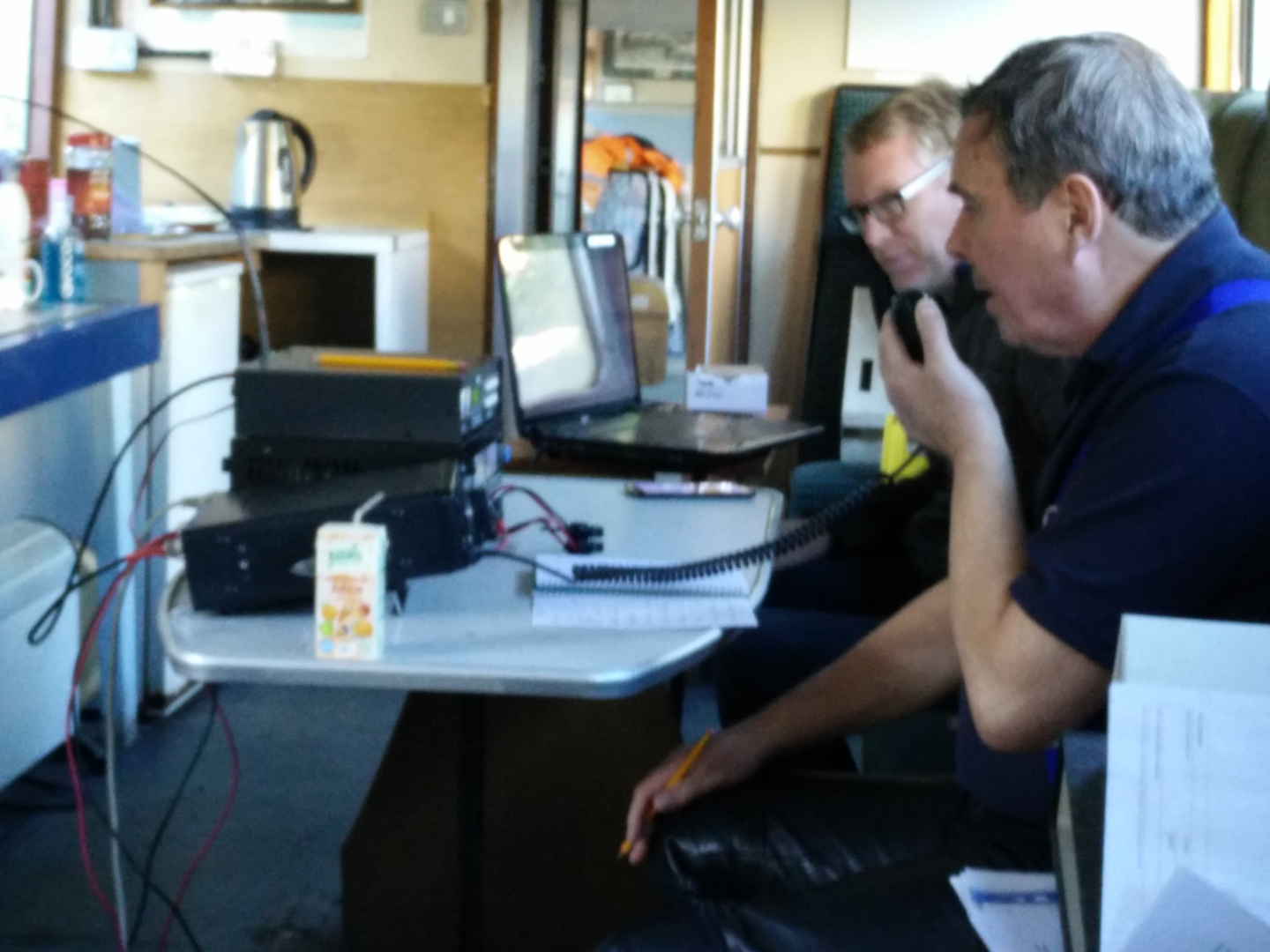 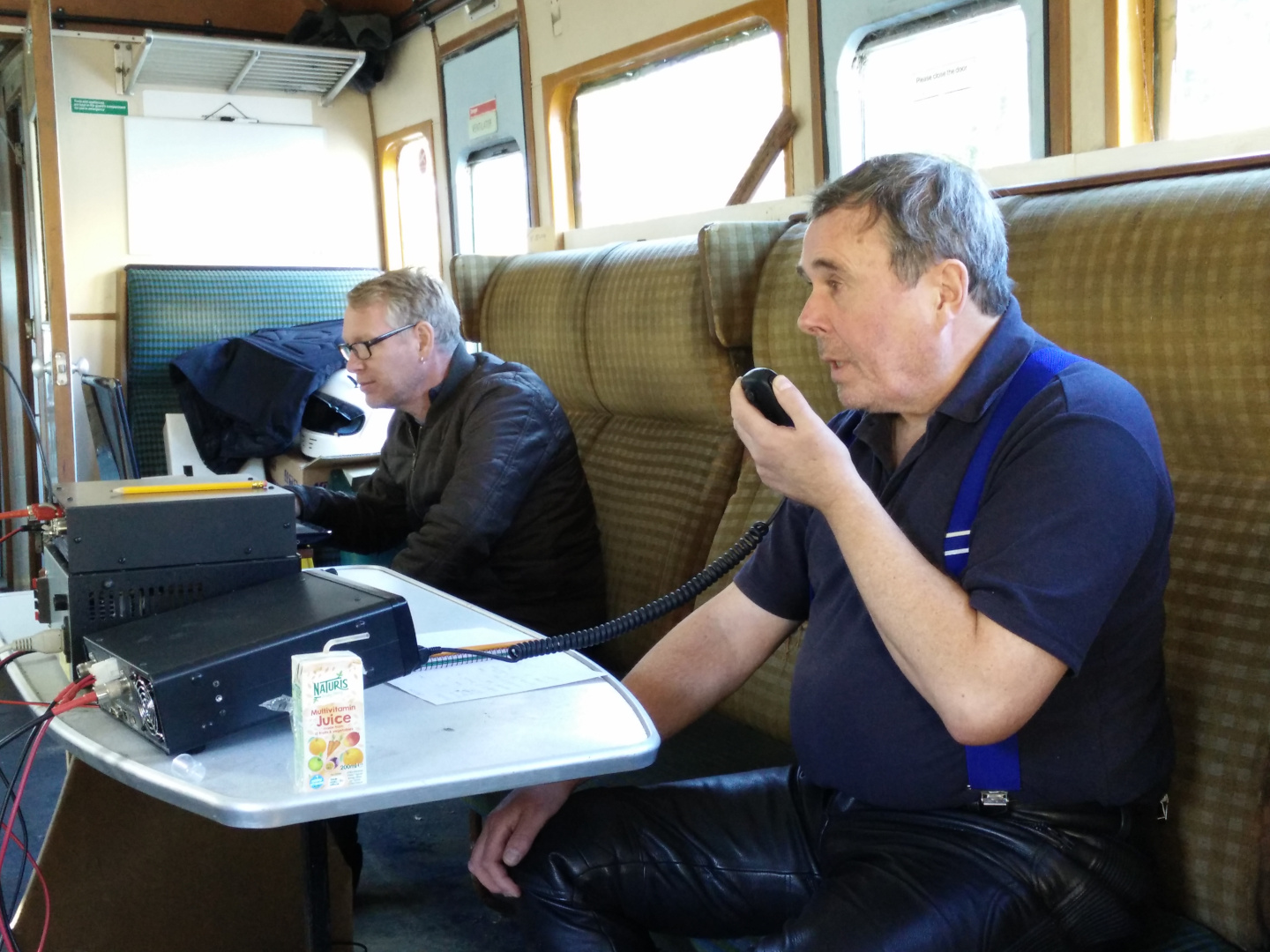 It was a very low key event compared to our previous outings, it was the first and only outing we are going to get this year, it was only for part of the Activity weekend but we did put a Special Event Station on this year and had fun operating it safely.

We would like to thank the Somerset & Dorset Railway Heritage Trust for allowing us access to their premises to operate this Special Event Station and hope that we can put on a more inclusive event with them next year.